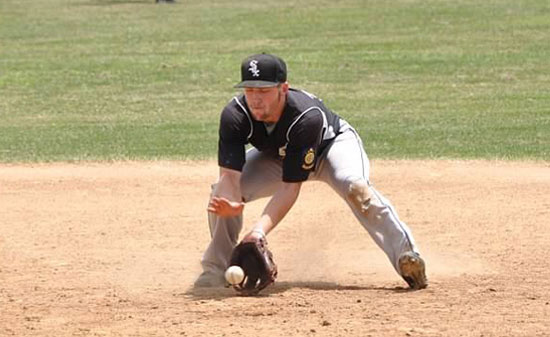 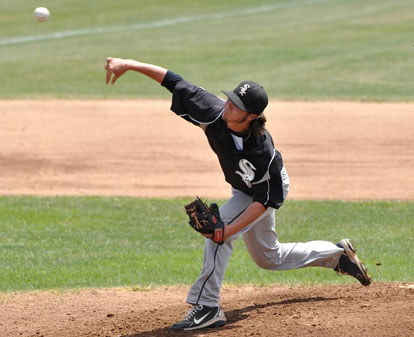 Bryant completes pool play at the Classic on Saturday when they take on Eureka, Mo., at 2:30 p.m., then take on Jerseyville, Ill., at 4:45 p.m. Winners of each of the four pools will compete in the semifinals on Sunday with the championship game following at 3:30 p.m.

The Sox are the defending champions of the Classic. They improved to 28-4 overall with today’s victory which came on the heels of an 8-0 win over Edwardsville Metro East earlier in the day in which Trey Breeding pitched a no-hitter. 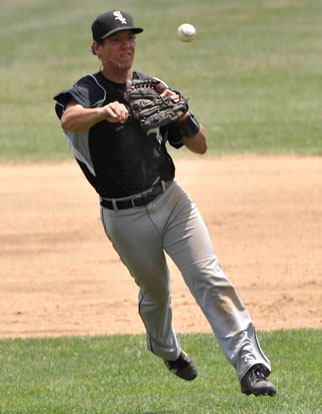 Austin Caldwell picked up the win against St. Charles with relief help from Justin Emmerling and C.J. Phillips.

St. Charles took a 1-0 lead in the top of the first on a single, a groundout and a two-out base hit. Bryant tied it in the home half when Ezell walked, advanced to second on Drew Tipton’s grounder to third and scored on Hayden Lessenberry’s two-out single.

A pair of walks around a two-out single loaded the bases for St. Charles in the top of the third. A passed ball allowed the run to score before Caldwell got out of the inning by inducing a grounder to Warner at third with the Sox still ahead, 3-2.

Thompson ripped a double to center to start the home half but was thrown out trying to stretch it to a triple. Ezell burned the centerfielder moments later and made it to third. After Tipton walked, Blake Patterson singled to make it 5-2.

Caldwell issued a walk to start the fifth but Zach Graddy threw out the runner trying to steal. Another walk and Caldwell, who had reached his pitch limit, gave way to Emmerling who proceeded to throw a two-ball on his first delivery, sending it to the bottom of the fifth. 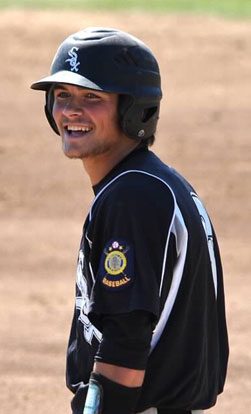 The fifth was the only inning in which Bryant didn’t score but St. Charles couldn’t muster much in the top of the sixth as Emmerling hit a batter but threw another doubleplay ball.

A walk to Thompson in the home half of the inning started a crowning three-run uprising. Ezell singled and, with one out, Patterson walked to fill the sacks. With two down, Tucker came through with a double to clear the bases.

Though Phillips gave up a pair of doubles to start the top of the seventh, he induced three consecutive grounders to Thompson at second to close out the win.