The rich, fertile soil that is baseball and softball in Bryant will soon gain an impressive new group of gardeners led by a master of the arts.

Pat Harrison, former head coach at the University of Mississippi (Ole Miss) and player and coach for the legendary Rod Dedeaux at the University of Southern California (USC) will be the lead instructor at Diamond Sports in Bryant. With him will be a crew of former college standouts in baseball and softball, pro players and college coaches. 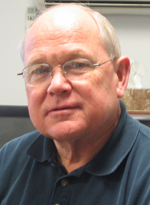 Diamond Sports, which is scheduled to open this month, is located at 519 ½ W. Commerce St., in Bryant, next to Fitness Zone. The 7,000 sq. ft., climate-controlled indoor training facility is owned by Harrison, Doug Castleberry, Russ Milam and Chris Kinsler.

The primary focus of the project is instruction in baseball and softball for all players at every skill level. It features ProBatter Video Simulators, which are popular among Major League and collegiate teams. The computer-operated system is capable of

throwing virtually every pitch (baseball or softball) at any speed, geared toward any level of player. Pitching instruction for both sports will be emphasized as well.

Harrison, originally from San Diego, was a two-time all-American as a player at USC then worked as an assistant for Dedeaux, who led the Trojans to 11 national championships and produced nearly 60 Major League players. Harrison was a member of one of those USC national title teams.[more]

Dedeaux, who passed away at the age of 91 in 2006, was the winningest coach in collegiate baseball history when he retired in 1986 with 1,332 victories.

“Playing for him was a lot different than coaching for him,” Harrison mentioned with a chuckle. “He taught me a lot.”

Harrison also served as an assistant coach at Oral Roberts University in Tulsa and Washington State before taking his first head coaching position at The Masters College in Los Angeles.

He left there to join Larry Cochell’s staff at the University of Oklahoma, helping to lead the Sooners to the College World Series twice and a national championship.

From there, he was hired by the Los Angeles Dodgers as a Minor League hitting instructor.

Harrison came to Little Rock (his wife is from Memphis and he recruited the area when at Ole Miss) and began instruction at the Competitive Edge Sports Academy about five years ago before being approached about the Diamond Sports project.

“This is going to be a good place for teaching,” he said of the Diamond Sports facility. “That’s what our emphasis will be, both softball and baseball and all the skills involved, hitting, pitching, fielding, catching, whatever.”

Among others, the staff will include, for softball, Natasha Jones, a former star pitcher at the University of Oregon who served as head coach at Texas A&M-Corpus Christi. For baseball, the instructors will include former Little Rock Mills coach Kevin Downing who played at the University of Arkansas-Monticello, and former Arkansas State pitcher Keith Horn.

“We’ve got several others that I’m just getting to know that are from around Bryant,” Harrison mentioned.

“Having good people teach is the main thing,” he added. “If we have good people and they can relate to kids – and that’s what we have on this staff – you can be effective. You teach the players how to do things the right way and they will improve and reach their potential.”

For more information about memberships and lesson reservations, call 653-BATS (2287) or send an email to info@diamondsportsbryant.com.

Hot-shooting Hornets go cold in the second half, fall at Van Buren
Bryant football players to play in college