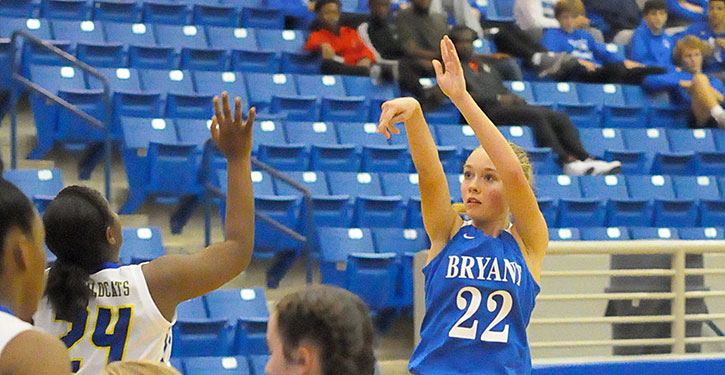 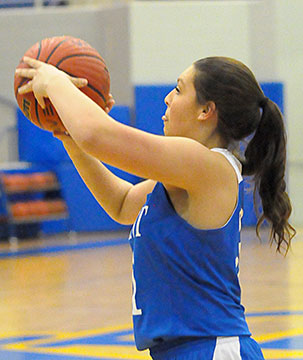 NORTH LITTLE ROCK — The way the North Little Rock Lady Charging Wildcats freshman team (made up mostly of eighth graders) come at you, it must seem like there are 10 of them on the floor.

They’ll double-team you in the backcourt and just when you think you’ve gotten free of them, a third defender is in your face. They bump and grab and slap and it never seems like they get called for nearly as many fouls as they commit.

They speed you up, out of your comfort zone, and you end up with a terrible shooting percentage because you’re trying to get the shot away so fast in order to avoid a block or a bump or both, you’re aim is so often off.

The Bryant Lady Hornets freshman team got a full dose of that on Thursday night at the North Little Rock arena and it proved to frustrate them about as much as most.

North Little Rock forced 27 turnovers and held Bryant to 4 of 19 shooting on the way to a 51-11 victory in Central Arkansas Junior High Conference play. 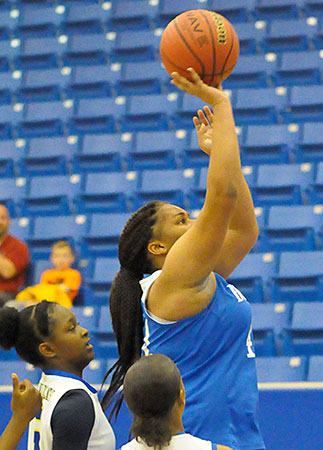 Lauren Taylor releases a shot inside. (Photo by Kevin Nagle)

The Lady Cats rushed to a 14-0 lead before Abbey Inman drove for a layup with :35 left in the first quarter. Before the period was through, however, North Little Rock scored again.

To start the second quarter, Jaiyah Jackson and Kaitlyn Weng forced a Lady Cats’ turnover and Ashton Inman cashed it in to make it 16-4 but before the Lady Hornets could score again on a 3 by Weng, it was 26-4.

Bryant would score only 4 points in the second half.

Weng’s 3 matched Ashton Inman for high-point honors for the Lady Hornets. Abbey Inman and Ryleigh Laughlin added 2 each and Jordan Alvarado scored on a free throw.

The Lady Hornets face another stern test in their next outing on Monday when they host Conway Blue. 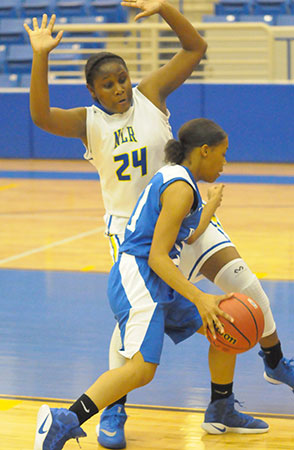 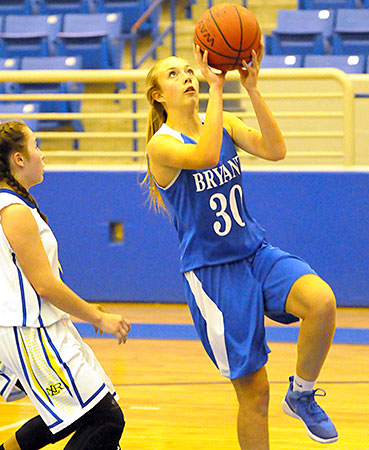 Ashton Inman gets behind the North Little Rock defense for a basket. (Photo by Kevin Nagle)