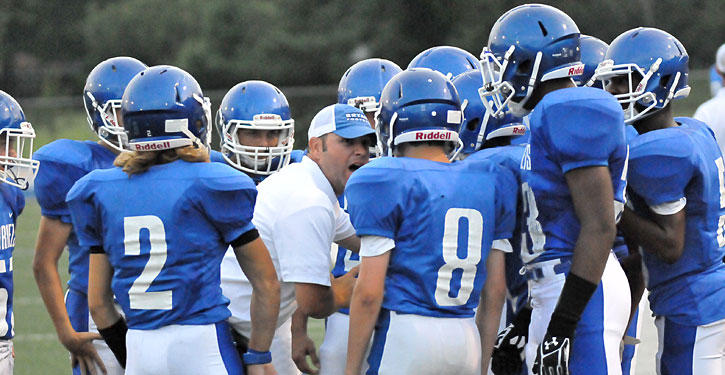 The championship of the Central Arkansas Junior High Conference will be decided at Bryant Stadium tonight when the Bryant Hornets freshman team hosts the rival Benton Panthers freshmen at around 7 p.m. Both teams are unbeaten in the CAJHC. Bryant is 9-0 overall and Benton is 8-1 with its only loss on a long season-opening trip to Marion.

An eighth grade game between the Panthers and the Bryant White Hornets of Bryant Middle School will precede the championship showdown at 5:30.

Benton has outscored its eight league opponents by an average of 37-7. The Panthers closest game was a 21-point victory over Conway White.

Over the last two seasons, Bryant freshman teams have put together a 16-game winning streak. In the last three seasons, the Hornets have won 27 of 29 games. They’re looking for their third consecutive CAJHC championship.