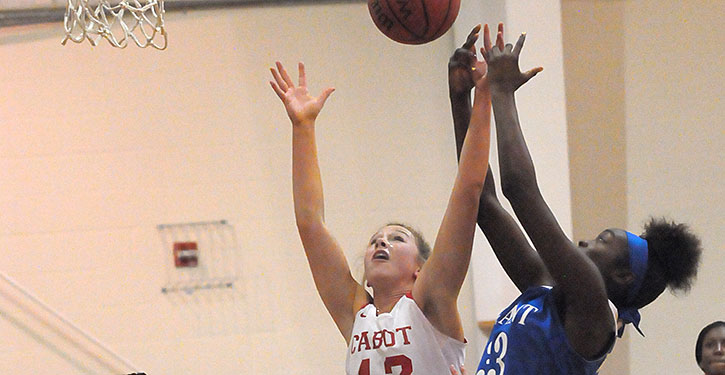 Freshman Lady Hornets dominate overtime to get past Lady Panthers

CABOT — Natalie Edmonson hit a clutch shot to tie the game in regulation and Emileigh Muse knocked down a pair of 3’s in overtime as the Bryant Lady Hornets freshman team survived an upset bid by the Cabot North Lady Panthers on Monday night, pulling out a 38-30 victory.

The win kept the Lady Hornets a game behind the Conway Blue Lady Cats in the Central Arkansas Junior High Conference and tied with North Little Rock, which comes to Bryant on Thursday. Bryant is now 15-2 overall.

The Lady Hornets fell behind 8-2 in the first quarter. By halftime, the difference was just 17-4.

“We came out sluggish and dug ourselves a hole in the first quarter,” acknowledged Lady Hornets coach Nathan Castaldi. “Starting in the second, we started to play more like ourselves.

“Lyniyae (Johnson) gave us a spark off the bench in the second quarter,” he said. “I think the girls fed off her energy and that helped turn things around.”

When the third quarter was over, Bryant had pulled ahead 23-21.

“A couple of times in the second half, I thought that we were going to pull away, but Cabot would hit a shot to get right back in it,” said Castaldi. “We had a few too many defensive breakdowns which allowed Cabot to get some uncontested looks.”

With under a minute to go, Cabot North took the lead.

“We did a great job of executing out of a timeout to tie it up,” the coach related. “Natalie hit about a six-foot shot to tie it up. Haya (Winfield) had a big defensive rebound to keep the game tied and send it to overtime.

“In overtime, Emeleigh hit a 3 to give us a lead and, after Lauren (Lain) converted a steal into a layup, Emeligh hit another 3 to put the game out of reach.”

Cabot North did not score in the overtime.

Lain led the Lady Hornets with 11 points. Muse finished with 8, Johnson 5 and Edmonson 4. Jayla Knight and Mia Winston scored 3 apiece while Winfield and Jaylyn Allen had 2 each. 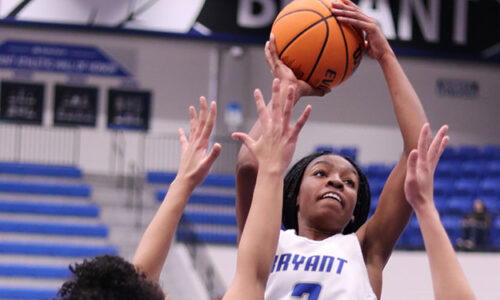