All the middle school, junior high, and high school teams were combined for the meet and split into three teams to run the two-mile course. Combined total for both the girls and boys intrasquad races, there were 162 finishers.

"It was awesome to see this many Bryant athletes competing,” said Lady Hornets coach Danny Westbrook. “This is the largest number of kids we have ever had in our program and it's great to see all of them running and racing.

"I am excited about our high school girls’ performance,” he added. “Our top five, Hannah Raney, Kaitlyn Nickels, Lauren Rogers, Dylan Vail, and Stacy Emmerling had a total time gap of only 54 seconds. That's pretty good. Hannah looked really strong and she proved that she is capable of running with the leaders at every race.

"Our junior girls ran really well considering they were running their regulation two-mile distance right off the bat,” continued the coach. “The top five consisted of Mikayla Douglas, Kat Bolton, Lindsey Butler, Lauren Stiles, and Marley Adams. Their time gap from first to fifth was only 58 seconds. I look for big things out of this group."

The first real competition for the program will come at the Bryant Invitational to be held at Mills Park on Sept. 15. 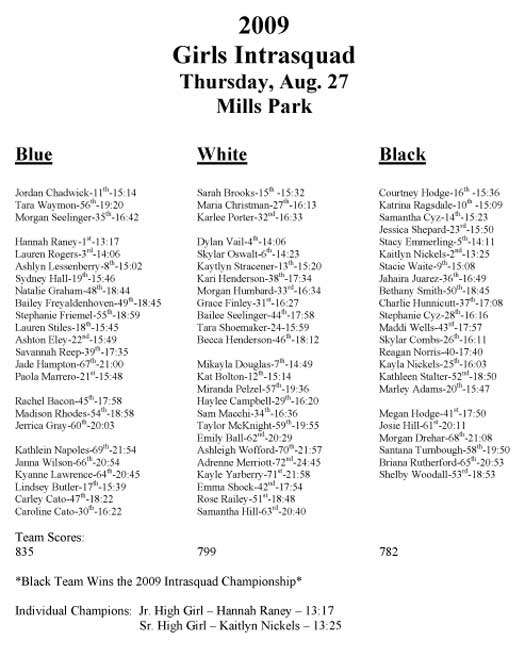