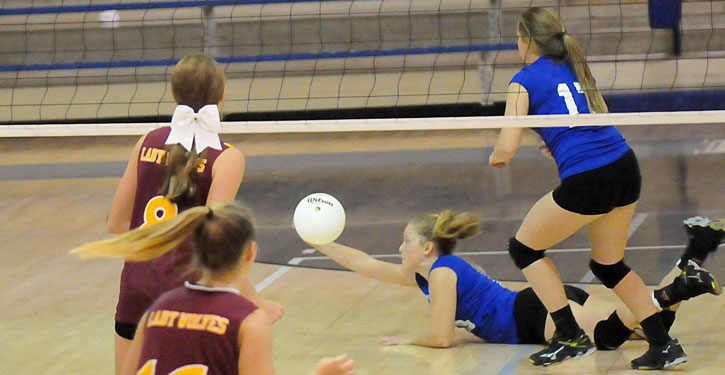 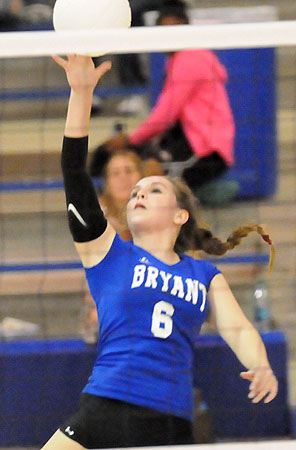 “Played great the first and survived the second,” said Bryant Lady Hornets freshman coach Lawrence Jefferson after Monday night’s volleyball match against the Lake Hamilton Lady Wolves at Bryant Middle School gym. And the score indicates what he was talking about as the Lady Hornets won in straight sets, 25-5, 25-22.

In their second match of the season back on Aug. 25, Bryant lost to Lake Hamilton in two sets but since then, the Lady Hornets earned a pair of wins over the Lady Wolves including Monday’s match.

Bryant was coming off back-to-back losses following a 4-1 stretch as the team works towards the Central Arkansas Junior High Conference Tournament, which will be held in Bryant Oct. 22.

On Monday, the first-set victory featured a run by Kiarra Beard at the service line. She served for an ace for Bryant’s 12th point then held serve until it was 23-5. The surge included three more aces. 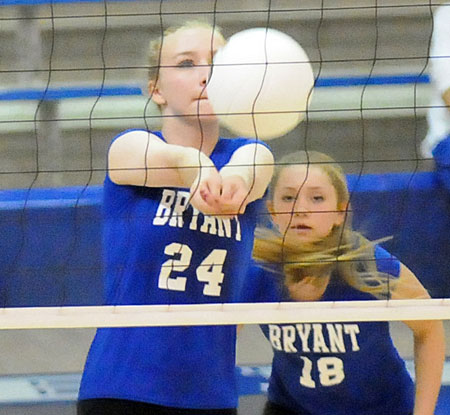 Beard wound up with 17 good serves in the match including her four aces. Erin Thompson got in all seven of her serves with an ace. Edwards, Meredith Medford and Grace Camferdam added aces as well.

At the net, Sams led with four kills. Truli Bates had three to go with three solo blocks. Thompson finished with two kills and Casey Welch had one. 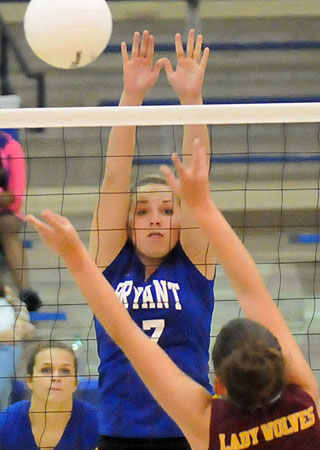 Cora Edwards reaches for a block. (Photo by Kevin Nagle) 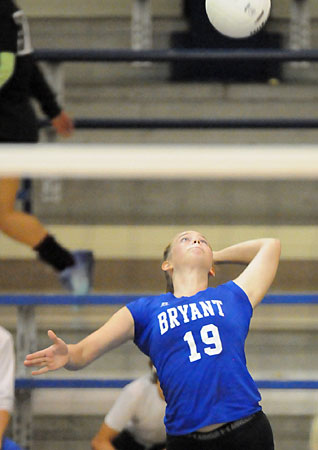 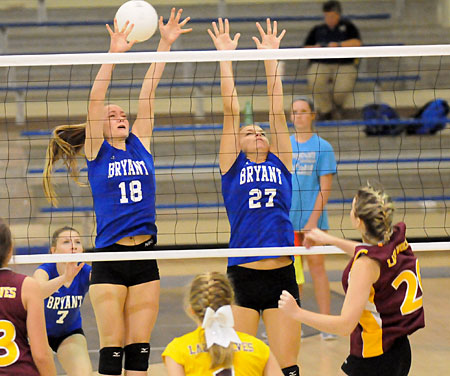 Casey Welch (18) and Grace Camferdam try to get a block. (Photo by Kevin Nagle) 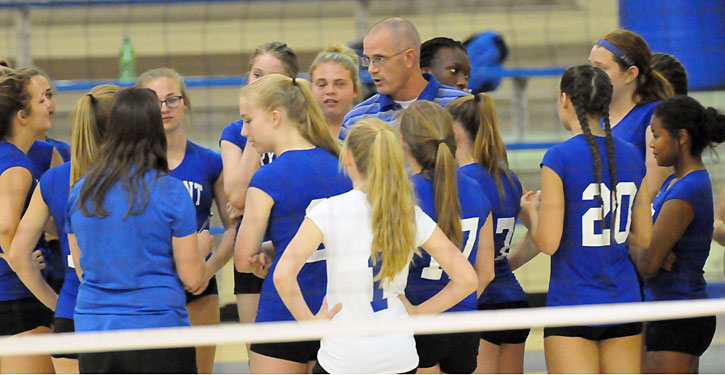 Carder, Barrientos finish in the top 10 for Hornets
Bryant Blue vs. Lake Hamilton