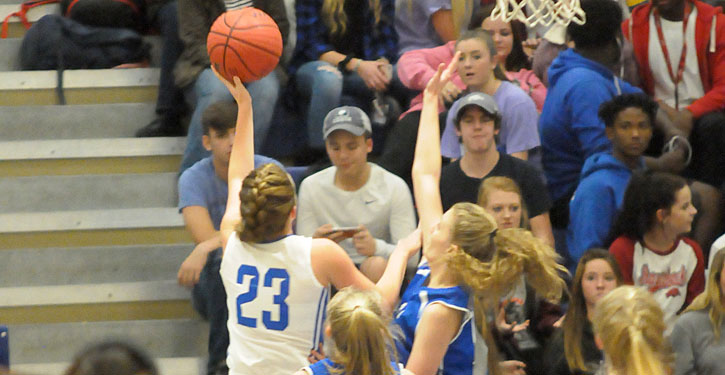 A full schedule of basketball games this evening features a big-time showdown for the Bryant Hornets and the first Blue-White middle school battle of the season.

The Hornets open play in the prestigious Jammin’ for Jackets tournament at Little Rock Hall, taking on the perennial powerhouse Little Rock Parkview at 8:30 p.m.

Bryant head into the contest unbeaten so far this season. It’s the second year in a row for the Hornets to be invited to the tourney, which also includes Hall, Mills, Central, McClellan and Little Rock Episcopal Collegiate.

Meanwhile, the Lady Hornets varsity team will return to Morrilton to play in a consolation game against former conference rival Alma. The contest is scheduled to tipoff at 7 p.m.

The Bryant freshman teams are in action as well. The Lady Hornets will be trying to snap a two-game skid with a Central Arkansas Junior High Conference contest at Mount St. Mary Academy in Little Rock. The game starts at 5 p.m.

The freshman boys will try to build on a thrilling overtime win over Conway Blue on Monday when they play at Little Rock Catholic starting at 5 p.m.