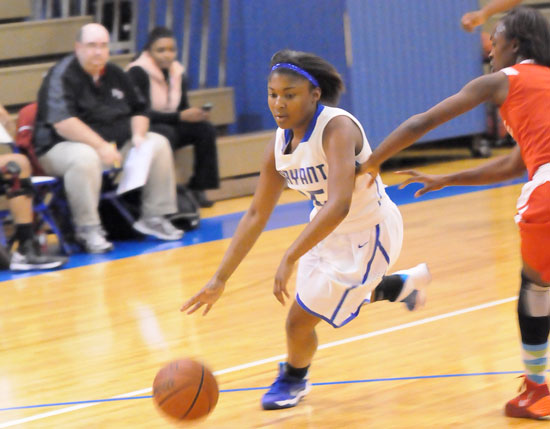 Game against Fillies gets away from Lady Hornets late 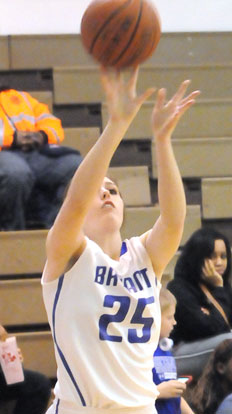 Halfway through the third quarter, the Bryant Lady Hornets trailed the 11-3 Pine Bluff Fillies just 22-18. The Fillies hadn’t led by more than 6 points to that juncture.

But the Lady Hornets have struggled lately to put together four quarters of their best basketball and that frustration continued in Tuesday night’s South Conference contest.

Sparked by the play off the bench of Jasmyn Eckerman, and aided by the sudden chill in the Bryant offense, Pine Bluff put together a 16-2 surge at that point, taking control of the game on the way to a 43-28 victory.

Eckerman finished with 17 points in the game, 14 of which came during that closing 21-10 blitz. Point guard Kye Richardson added 12 points.

Eckerman hit two free throws to start Pine Bluff’s breakaway moments after Otey had scored to cut it to 22-18. A layup by Jalan Williams was answered by a free throw from Allen.

But Eckerman scored 8 of her team’s next 10 points. The Fillies led 34-19 at the end of the third quarter. In the fourth quarter, Patton hit a free throw for Bryant before Eckerman knocked down a baseline jumper. With 6:30 left to play Ajia Richardson scored off the offensive glass to make it 38-20, the largest lead of the game. 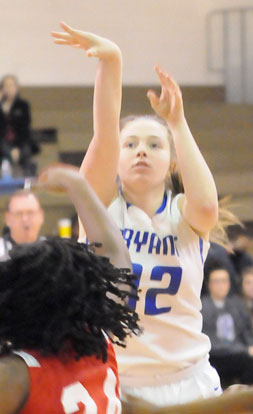 Though Bryant never led, the game was tied 5-5 early. Chasity Moore opened the scoring with two free throws for the Fillies but Smith hit a baseline jumper off a nice kick-out pass from Peyton Weaver. Kye Richardson hit a 3 but Otey did likewise.

A scoop shot off a drive by Kye Richardson gave the Fillies the lead for good.

It was 12-8 before Miller hit the offensive glass and scored to cut the margin to 2. Bryant had a number of chances to tie it or take a lead but couldn’t break through before Eckerman scored her first bucket with 2:37 left in the half to make it 14-10.

Williams and Otey traded free throws before Kye Richardson hit a floater in the lane to give the Fillies an 18-12 lead at the half, the largest margin in the game to that point.

Otey got to the line to start the third quarter, trimming the margin to 4. The teams traded points for a while after that. Kye Richardson hit a layup but Allen drained a 15-footer. The two Richardsons each added a free throw before Otey’s driving jumper made it 22-18.

After playing two of the toughest teams in the conference to open league play, the Lady Hornets hope to get their first win this Friday when they host the Little Rock J.A. Fair Lady War Eagles. Bryant is now 4-8 overall. 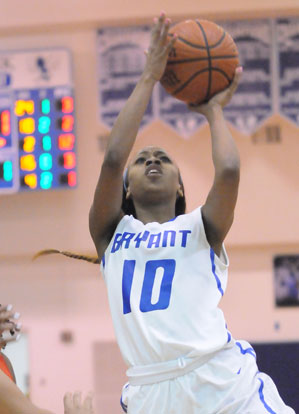 Jakeria Otey goes up for a shot. (Photo by Kevin Nagle) 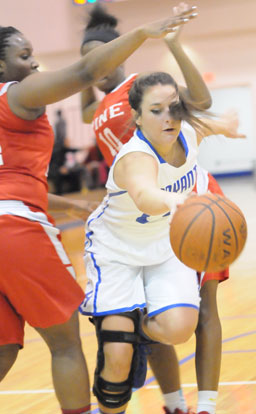 Aubree Allen splits a pair of Pine Bluff defenders on a move to the basket. (Photo by Kevin Nagle)

Five-year-old child killed in incident
At the game