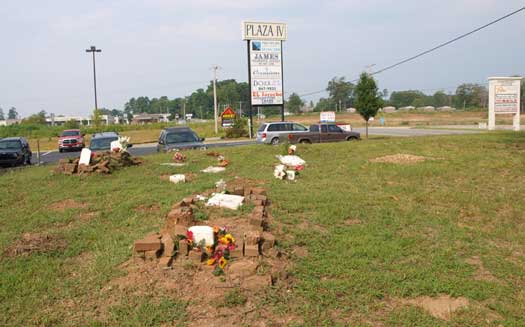 The Bryant Historical Society met to share two important developments with members and guests, introduce new projects and listen to a guest speaker at a meeting held Thursday, Aug. 27.

The first development announced was a new meeting place. For some months, members had been meeting at the Bryant Hampton Inn. On Thursday, however, they held their first meeting in a new and more permanent location, the building that used to hold the Bryant Library on Mills Park Road. The use of the building was donated by Ted and Joyce Boswell.

Steve Gladden, president of the society, expressed his gratitude toward the Boswell family. “This is going to be a nice home for our historical society,” he said.[more] 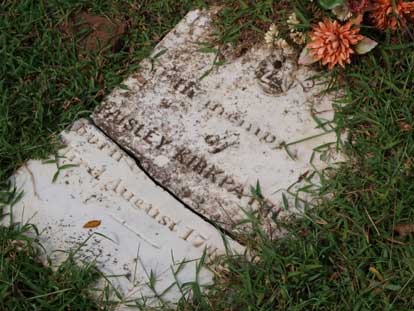 The other important news related to the completion of a goal that was set almost at the beginning of the formation of the group in the early part of 2008. The Kirkpatrick Cemetery, located near the intersection of Highway 5 and Marketplace Avenue, was officially listed on the Arkansas Register of Historic Places on Aug. 5, 2009.

The small family plot can be seen from Highway 5 beside Premier Medical Supply and across the highway from the Northside Center strip mall which contains Pulse Premier Fitness.

Patsy Kirkpatrick Kuhn, a descendant of some of those buried in the cemetery, headed up the committee that worked to attain the listing.

“It was one year in the making,” stated Kuhn, “There’s a lot involved, and it was a learning process.”

Kuhn added that she had many committee members who helped her with the different aspects of the application process.

Kuhn said she was not even aware of the existence of the cemetery until a cousin of hers told her it had been discovered. She said when she first visited the graves, she didn’t recognize any names with which she was familiar. “The gravestones were covered with mud,” she said. The mud and overgrowth made it difficult to make out many of the names.

Later, she saw a list of names of people buried in the cemetery and noticed the name Paisley Kirkpatrick. Kuhn thought that was unusual because her grandfather’s name was John Paisley Kirkpatrick, and, knowing that Paisley was a somewhat uncommon name, she felt maybe there was a connection.

Kuhn decided to look more closely into her family’s past. After researching census records back to the 1850’s, she found that her grandfather was a direct descendant of the Paisley Kirkpatrick buried in the cemetery.

After discovering this information, she went to a meeting of the newly formed Bryant Historical Society and let them know she wanted to help with the project to clean and repair the cemetery. Soon after, she became the chairperson of the society’s historic sites and artifacts committee.

Kuhn went to work learning how to apply to have the cemetery added to the Arkansas Register of Historic Places. On Aug. 5, all the hard work paid off. Kuhn went to a meeting of the state review board where Van Zbinden, National Register Historian of the Arkansas Historic Preservation Program, presented the information compiled by Kuhn and her committee to the board. The cemetery was approved and added to the register that day.

Kuhn told society members in attendance at the meeting on Thursday, that there was still work to be done.

She said something needed to be done soon to make sure the property was being maintained properly, because the deed allowing the society to own the property had a clause stating that if it wasn’t maintained, it could be taken back by the previous owner.

Gladden responded that arrangements were underway with the city’s parks and recreation department to add the cemetery to the list of properties it services regularly.

Kuhn also reported that a project to remove stumps in the cemetery had been completed.

She raised another matter of concern, a lack of access to the cemetery. The cemetery is located on a raised area with a brick wall around part of it. She said there was no official access written into their deed except on the side of Highway 5. Different ideas of how to allow more access were discussed including adding steps or gaining an additional easement facing a parking lot. The committee decided more research needed to be done on the possibilities.

Gladden opened a discussion about proposed repair to and the standing up of headstones in the cemetery. Debbie Broadway, who serves on the committee with Kuhn, expressed concern about disturbing things as they had naturally come to rest. Gladden made a motion to seek information on restoring the headstones. Kuhn said she would contact Norton Fine Arts, a company in Arkansas that does that type of work, to get the information. The motion passed unanimously.

In new business, Gladden announced he had written a letter to a company requesting it consider donating a portion of land near the location of the Civil War battle of Hurricane Creek. In his letter, Gladden informed the company of a plan to turn the area, located just off Reynolds Road, into a historic site with walking trails, a pioneer village and an area that might one day host re-enactments of the civil war battle. According to Gladden, one of the buildings proposed to go into the pioneer village would be the Farmstead house currently located near Bryant High School.

Gladden said he believed such a development “could be an enormous asset to the community because it would bring in tourism.”

Another project brought before society members was the restoration of the Old Hurricane Creek Bridge. Gladden said the bridge would eventually be placed across Hurricane Creek as part of a trail that is being developed in association with the Bishop Park project in the Boone Road area. He said the trail would go from Woodland Park Road to Boone Road and then into the new park.

Gladden told society members the City of Bryant was going to take care of sandblasting and painting the structure, but was asking the society to help by donating the boards for the walkway on the bridge. Suggestions were made to contact local lumber retail stores to request a donation of the boards in return for an acknowledgment on a placard at the bridge site after its completion.

After society business was concluded, Gladden introduced Zbinden, the guest speaker from the Arkansas Historic Preservation Program. Zbinden gave a presentation about the function of the preservation program, requirements for inclusion on state and national historic registries and the different grants available through the program.

The Bryant Historical Society plans to meet on the forth Thursday of each month at 6:30 p.m. in the former Bryant Library located on the corner of Mills Park Road and Reynolds Road. The society is not scheduled to meet in November or December.

Detailed information about the Kirkpatrick Cemetery and other sites on the Arkansas Register of Historic Places can be found at www.arkansaspreservation.org. 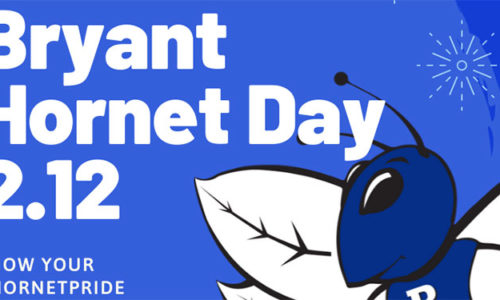