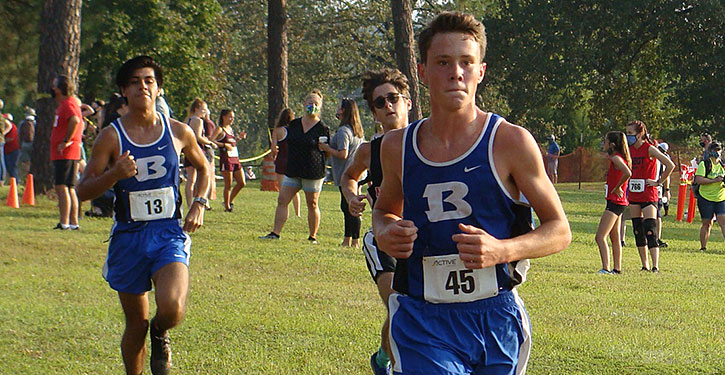 “It was nice to line up and compete,” acknowledged Hornets coach Steve Oury. “We were without a couple of runners who could have helped us, but it was a nice effort.

“Bresner Austin, who placed second here last year, dealt with cramps early in the race and was never able to recover,” he mentioned. “Sometimes that just happens to all runners, so i’m sure he will be back to his normal self next time out.

“Our top two finishers, Mason Lewis and Brady Bingaman, are both sophomores,” the coach mentioned. “I’ve been very pleased with how hard they have been working.”

The Junior Hornets were paced by Payton Brack, who finished second overall in a time of 11:48.73, just a fraction behind individual medalist Max Henry of Conway (11:47.48).

“I think we will be fine later in the season,” said Oury. “It’s just going to take some hard work to accomplish what I think we are capable of.”

Bryant is scheduled to run at the Russellville Cyclone Invitational on Saturday, Sept. 26.