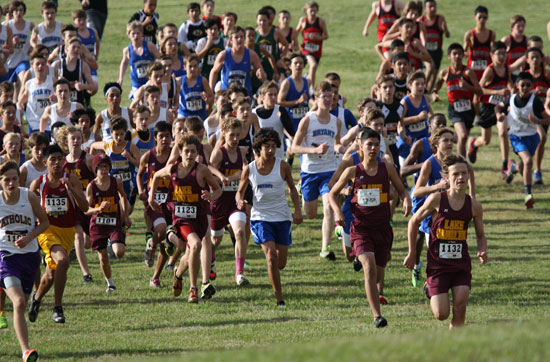 HOT SPRINGS — The Bryant Hornets returned to action at the Lake Hamilton Cross Country Invitational on Saturday, placing sixth out of 38 teams in the senior high boys varsity division. 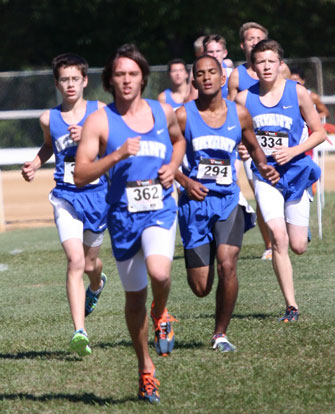 Rogers won the team championship with a total of 46 points, followed by Rogers Heritage (100), Little Rock Catholic (124), Russellville (177), and Bryant (178).  Two hundred and seventy-nine runners completed the 5k race, which was limited to each school’s top seven runners.

“We had a very nice race today,” said Hornets coach Steve Oury. “Connor Wilson and Clifton Hampton are both recovering from various illnesses and injuries and ran in the junior varsity race, so to place as well as we did without them was very encouraging. Charley Terry was solid as usual and Ben Majors ran a 22 second personal record. Also, Dru Wen ran a personal record time. This was a good prep for the conference meet.”

That conference meet will be Tuesday, Oct. 29, at Rogers but the 7A State meet on Nov. 9, will be back at Oaklawn Park.

With the varsity race limited to seven runners only, the rest of the Hornets achieved a rare feat, earning a perfect score to win the junior varsity division. The Hornets took the top seven places, and placed eight in the top 10.

“That was a fun race to watch,” Oury stated. “Perfect scores don’t happen very often, so I know the guys were excited.”

Purtle, a senior, was expected to be one of Bryant’s top runners this season but has been sidelined with an injury.

“Connor has done very little training because of an injury, so it was nice to see him make it through the race,” Our commented. “It was also great to see Tyler back in competition after suffering a stress fracture. Several boys set big-time personal records, so I’m excited to see how we progress at the conference meet.”

“These guys do a great job of taking care of business,” Oury stated. “They have learned not to take anything for granted. We have to keep working to get better, because we don’t get to run against the teams from Northwest Arkansas, and there are several teams up there who could give us a run for our money. Therefore, we can’t be satisfied.”

The Junior Hornets will wrap up the season on Nov. 2 with the Walmart Junior High championship meet at Cabot. 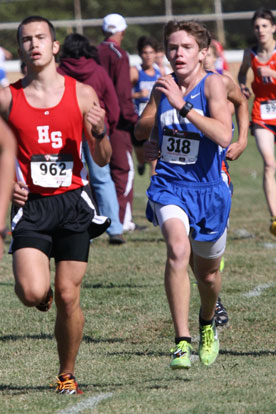