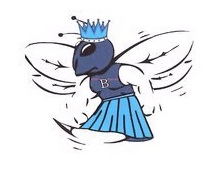 The Hornet Varsity Football Booster Club will present the MISSter Bryant Hornet Pageant this Friday, May 7, at 6:30 p.m., in the Bryant Middle School eighth grade gym.

Several of the football players, coaches, local business owners and dads are going to “dress up” and compete in the “pageant.”

Admission is $5 at the door with grilled hamburgers and hot dogs provided by Everett Buick Pontiac GMC.Donations will help the Pageant contestants raise money for the Bryant Hornets varsity football team.[more]

According to head coach Paul Calley, the “pageant” will be divided into an adults division and a players division. "There will be several players that will bring their dancing and singing skills to the stage, as well as a group line dance," he said.