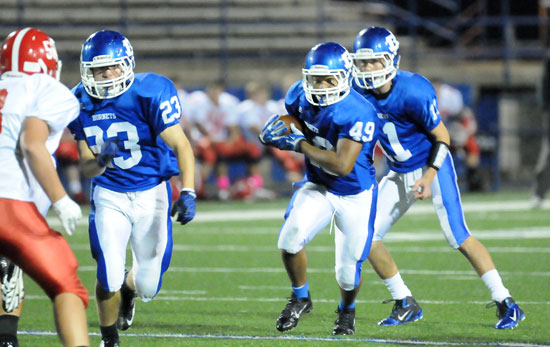 Hornets JV closes out schedule with comeback win over Cabot 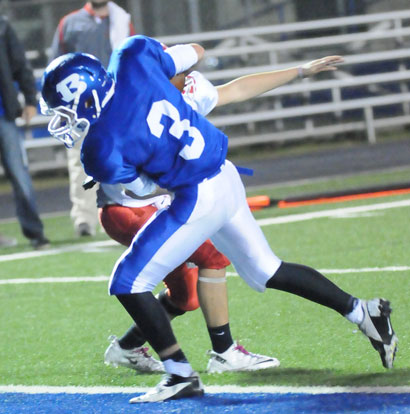 Madison Schrader threw three touchdown passes and the defense held on fourth down four times in the second half as the Bryant Hornets junior varsity came from behind to beat the Cabot Panthers JV 21-14 Monday night.

Steven Murdock intercepted a pass during the defense’s stellar second half to help set up a score.

The game concluded the JV season for the Hornets, who went 6-1. 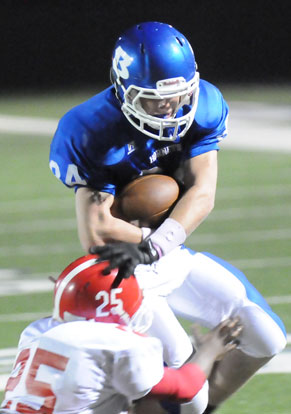 Hunter Freeman tries to break through a tackle. (Photo by Kevin Nagle) 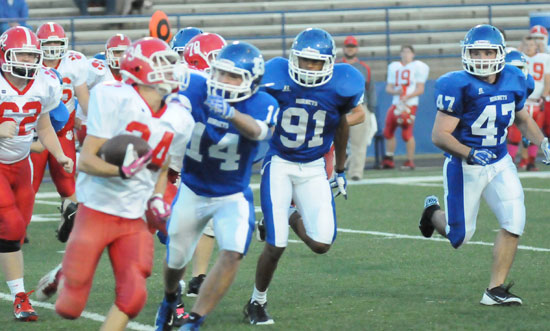 A trio of Bryant defenders including Kameron Guillory (91) and Peyton Robertson (47) chase down a Cabot runner. (Photo by Kevin Nagle) 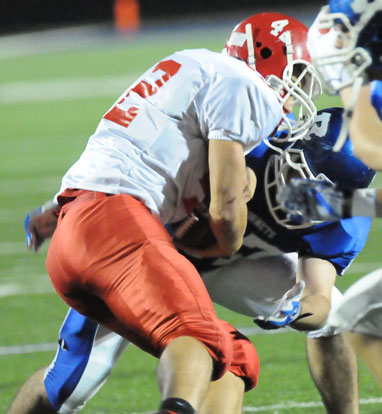 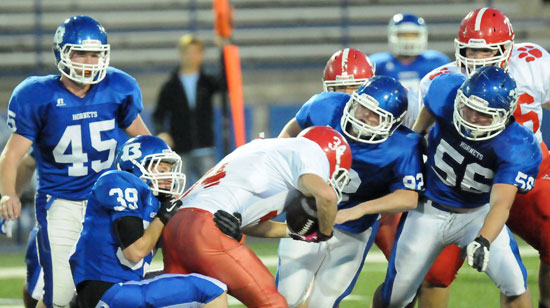 Brice Hardin (39) and Austin Blacklaw (92) grab a Cabot running back as help arrives from Drew Allen (56) and Walker Brown (45). (Photo by Kevin Nagle)