CABOT, Ark. — Tanner Tolbert earned three medals at the Wal Mart Cabot Panter RelaysThursday night to lead Bryant to a 7th place finish out of 18 teams. The Hornets scored a total of 36 points.

Tolbert won the triple jumpwith a 42' 2" effort and then placed second in the long jump with a leapof 21' 0". On the track, Tolbert placed 3rd in the 100 meter dash witha time of 11.46 seconds and joined Stanley Oxner, James Glasper, andChris Brooks in the 400 meter relay for a 6th place finish in a time of44.38.

Other scorers for the Hornets were:

"I thought we showed some improvement this week," said Hornets coach Steve Oury. "Tolbert did a greatjob in the jumps as usual, but I was really pleased that he competed sowell in the 100.

"It was nice to see Chris Brooks back out on the trackcompeting," the coach added. "He just missed scoring in the 100 and did a good job in therelay. Stanley Oxner also showed some improvement in the hurdle races. He just missed scoring in both the 110 and 300m hurdles. Luke Lindsleyhad a breakthrough race in the 3200 meter run. He set a new personal recordby 20 seconds with a time of 10:28, which was good for ninth place."

The Hornets will next be in action at the North Little Rock relays onApril 30th. (This was originally listed on the schedule for April21st.) They'll return to Cabot for the 7A-Central Conference championships Tuesday, May 5, and Thursday, May 7. 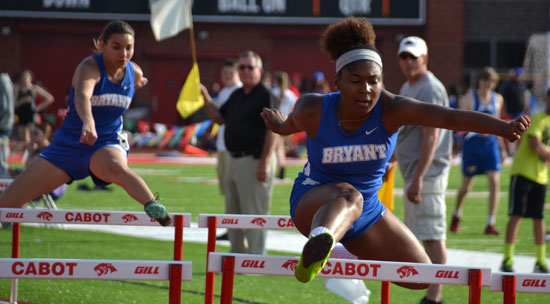 Lady Hornets wind up second at abbreviated meet in Cabot 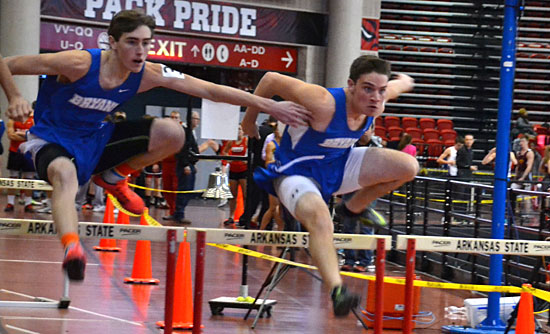