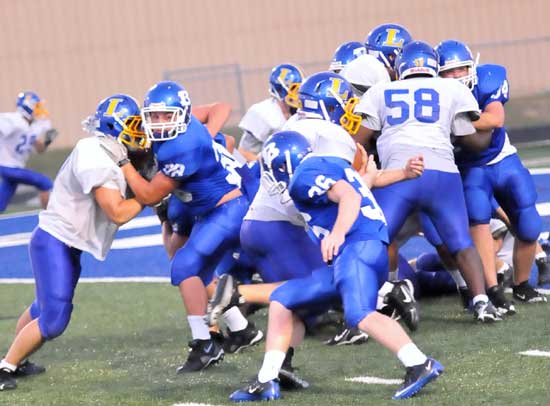 DeVonte Howard rushed for two touchdowns and threw for another as the Bryant Hornets sophomore team forged[more] an 18-12 win over the Hot Springs Lakeside Rams on Monday night at Bryant Stadium. 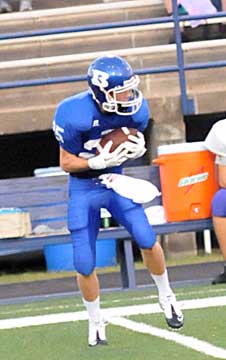 Howard’s TD pass was hauled in by Austin Vail.

“The last touchdown, Howard scored on a bootleg pass that he kept and made several Lakeside defenders miss,” noted Bryant coach Jason Hay. “It was one of the best quarterback runs I’ve seen on Monday night in a long time.”

“He had a good night,” Hay said. “He got us out of trouble when we were backed into the end zone.”

Regarding the defensive effort, the coach added, “They gave us the ball several times by forcing turnovers, recovering fumbles. We also had several very good defensive stands to keep them from scoring.” 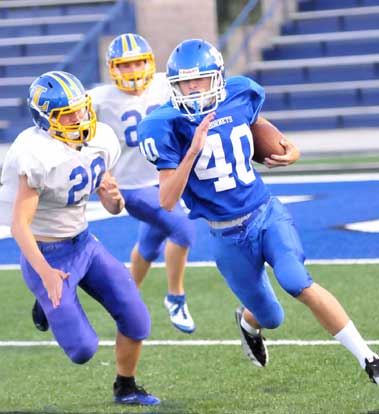 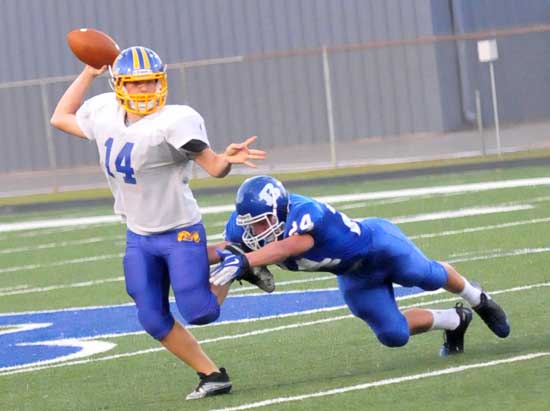 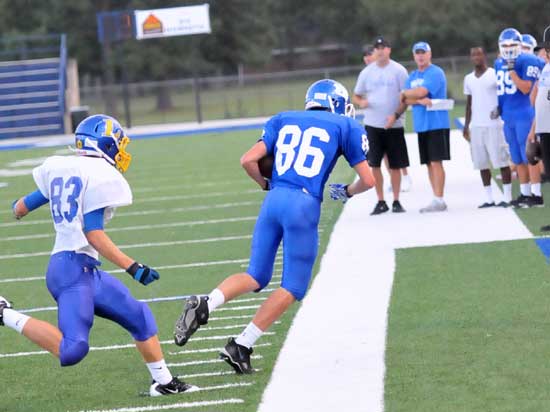 Hornets JV rallies but comes up short at Cabot
New school to be Hill Farm Elementary; secondary principals report to Board