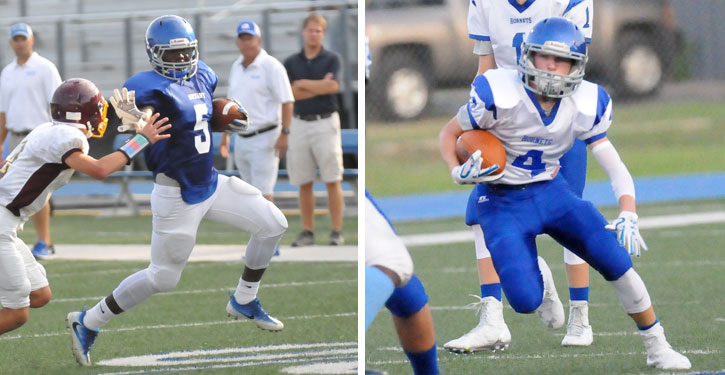 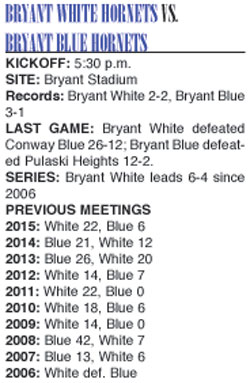 Kickoff is set for 5:30 p.m., and the game will be followed by a Central Arkansas Junior High Conference showdown between the freshman teams from Bryant and Little Rock Catholic.

Bryant Blue comes into the game 3-1 on the season but hasn’t competed in a game since their 12-2 win over Pulaski Heights on Sept. 20. Bethel has defeated Little Rock Henderson, 26-8 and Little Rock Forest Heights 27-6. The loss was to Cabot North, 22-6, on Sept. 8.

Bryant White comes into the game with a 2-2 record. Bryant’s last outing was Sept. 28, when it defeated Conway Blue 26-12. The White Hornets opened the season with a 22-12 loss to Little Rock Horace Mann but bounced back the next week to bury Lake Hamilton 40-20. A 26-6 loss at North Little Rock preceded their win over Conway Blue.

The Hornet Bowl goes back to 2006 when Bethel Middle School was opened. Bryant White has a 6-4 advantage since including last year’s 22-6 win that snapped a two-year winning streak for Bryant Blue.

Last season, when the players on the two teams were in seventh grade, Bryant White prevailed 24-6.

Here are the starting lineups for both teams: 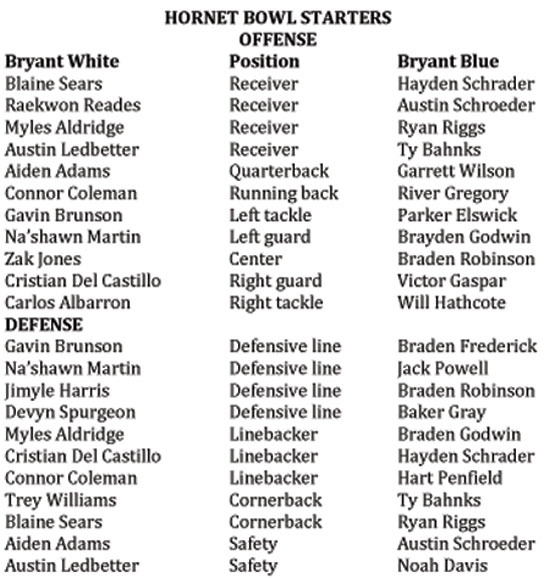 Here are the unofficial stats for both teams: 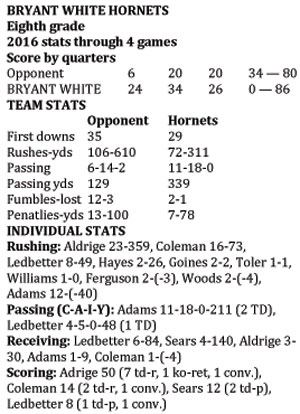 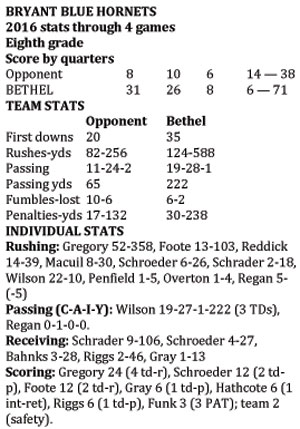