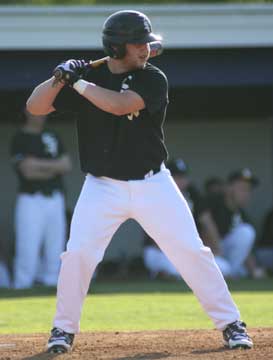 BRYANT, AR — Bryant Junior American Legion baseball coach Brad Chism would've liked to see more hitting in his team's season-opener on Monday. But it's tough to put the bat on the ball when pitches aren't over the plate.

In four innings, the Black Sox were helped along by 14 walks as they hammered Hot Springs A, 12-0, to open the season on Monday, May 18. Bryant had just five hits but all five played a role in the scoring.

Blake Davidson, Matt Neal and Jake Clark combined on a two-hit shutout in five innings for the Sox. Neal picked up the win with two frames of relief after Davidson had only gone two as the starter.

"I know it's the first game, people have jitters, but we've got to get on top," Chism related, "we've got to throw more first-pitch strikes. Forty-four pitches for (Davidson) over the first two innings is way too much. We can't do that."

Seth Wilson had the only two hits for Hot Springs. His bloop single in the first inning was followed by a hit batsman and a two-out walk to Aaron Phillips loaded the bases but Davidson struck out the side around all that including Drew Redenbaugh to end the inning.[more] 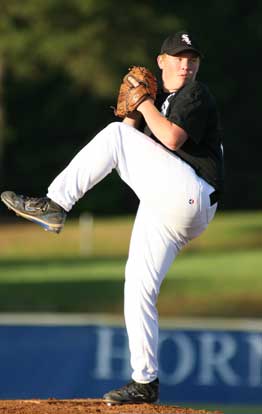 Wilson's second hit was a pop up on the infield that was misjudged and fell in for a hit. But, on the next pitch, Neal got Kyle Green to hit the ball to shortstop Lucas Castleberry who started an inning-ending double play.

Offensively, Dylan Pritchett and Evan Jobe each had two hits. Tyler Brown had the only other one.[more]

"Approach-wise, we're going to the plate and guys are just trying to make contact and we can't do that," Chism added. "We need to know what we want to do with the ball. Instead, we've got guys popping up and taking bad cuts. We've got to improve that.

"Other than that, I was pleased," he added. "Defensively, we played well. And, overall, we did a good job."

The Sox struck for a 2-0 lead in the first, helped by a pair of errors. The first of those came on a fly to shallow center that fell in off Chris Joiner's bat. An out later, Pritchett drew a walk, as did Brady Butler. With two down, Jobe lashed a single up the middle that would've scored Pritchett as well as Joiner if he hadn't slipped rounding third, losing a shoe. As it was, Pritchett drew an errant throw which allowed him to score when Jobe raced to second.

In the second, Tyler Brown and Davidson drew lead-off walks. With one down, Brodie Nixon grounded into a force at second as Brown reached third. With Pritchett at the plate, Nixon took off for second and bounced a single into center through the vacant shortstop spot, chasing Brown home. 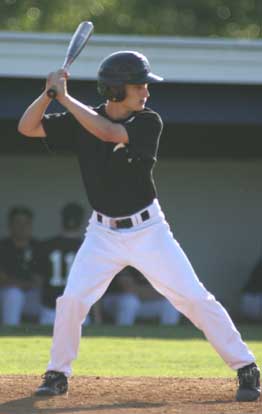 The walks started piling up on Hot Springs starter Brittain McDaniel in the third. Castleberry drew a free pass with one out. Brown singled and Neal drew a walk to load the bases. Joiner bounced into a force at the plate but then Nixon, Pritchett and Butler each drew free passes, each forcing in a run.

McDaniel finally gave way to Kyle Rosberg, who got the final out of the inning.

But the Sox picked up where they left off in the fourth. Jobe singled and stole second then walks were issued to Tyler Gattin, Brown and Chris Jackson to force in a run.

Wilson relieved for Hot Springs and appeared to get the first out of the inning when Joiner hit a bouncer to short. But the second baseman couldn't handle the throw which sailed into shallow right field allowing three runs to score. Joiner wound up at third and, an out later, Pritchett ripped an RBI double to left to plate him. A pair of errors allowed Pritchett to come around and score to cap the inning.