CONWAY — The Bryant 4×800 relay team of Skylar Oswalt, Kaitlyn Nickels, Ashlyn Lessenberry and Stacie Emmerling combined on a time of 11:03 to win the event at the Conway Junior Relays on Tuesday, April 21.

The Lady Hornets finished sixth in a field of 16 teams with 50 points, just six points behind fifth place Lakewood and nine behind fourth place Cabot North. Conway White won the meet with 107 points.

Third-place points were also added by Autumn Rouse in the discus with a throw of 39 feet.

Smith and Emmerling also teamed uup with Jahaira Juarez and Kiana Thomas in the 4×400. The team turned in a time of 4:53 to place eighth. 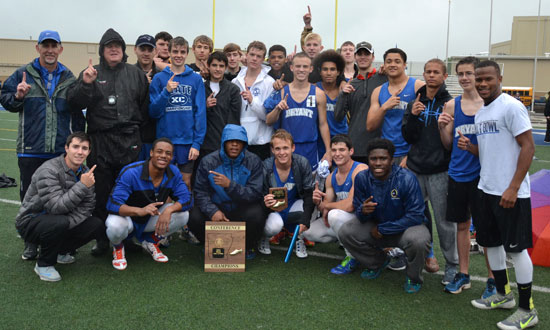