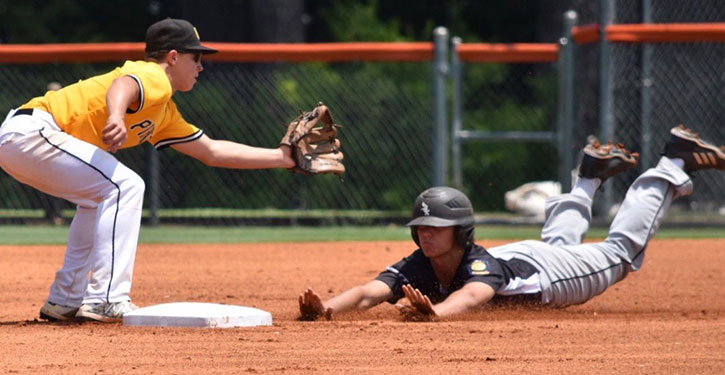 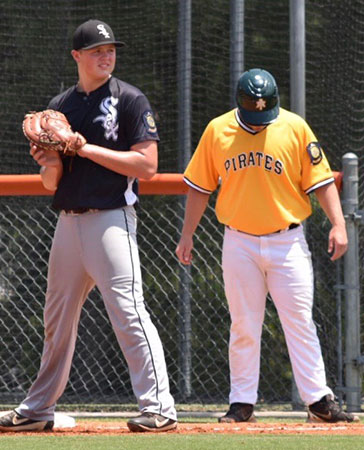 CONWAY — Victory, and a continuation of their season, hung in the balance for the Bryant Black Sox and the Russellville Pirates on Sunday at the Junior American Legion State Tournament at Hendrix College as the game entered the top of the seventh.

The Sox were clinging to a 2-1 lead. After surrendering a run in the top of the second, right-hander Peyton Dillon had shackled the Pirates. He needed three outs to close it out and keep the Sox playing.

But Justin Loveless opened the top of the seventh with a double on a 2-2 pitch, his third hit of the game. Cole Hathcote sacrificed Loveless to third.

On a 1-1 pitch, the Pirates tried to squeeze in the run. Eli Thomas got the bunt down, but third baseman Brayden Lester got to the ball and fired home to catcher Ryan Riggs to nail Loveless for the second out of the inning. 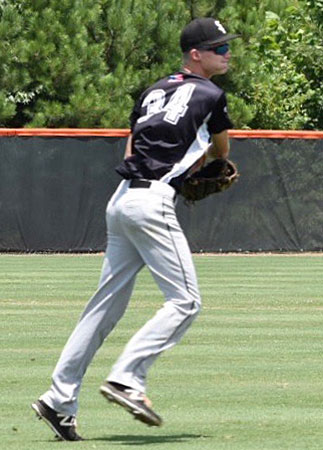 Thomas hustled to second then Ty Toland worked a walk. That brought the top of the lineup around and Blake Chambers, who had accounted for two of the Pirates’ eight hits. He hit a grounder towards shortstop that struck the pinch-runner for Thomas. Interference was called, and the Sox had the victory.

Bryant’s set to play another elimination game tonight at 8 p.m., against Greenbrier/Southside, a rematch of their first-round game, which Bryant won 14-4. Greenbrier ousted Benton 3-2.

Dillon went the distance for Bryant in the win over Russellville. He walked one and struck out two, scattering eight hits.

The second-inning run for the Pirates came after two were out. Loveless singled to right and stole second. Hathcote, on a 2-2 pitch, looped a single to left that got him home.

Dillon got Thomas to ground out to Zion Collins at second to end the inning.

Thomas was the starter for Russellville and shut the Sox out over the first three frames, retiring 9 of 11. 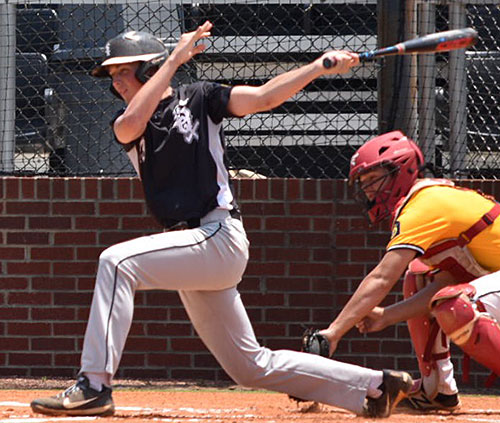 After Dillon worked around a pair of one-out singles in the top of the fourth. He started the bottom of the inning with the Sox’ second hit of the game, a fisted pop that the second baseman Chambers couldn’t get to. An errant throw by Chambers allowed Dillon to take second and Ethan Andrews came on as a courtesy runner.

On a 2-2 pitch, Riggs lashed a drive to the gap for an RBI double to tie the game.

Tyler Bates came on as a courtesy runner for Riggs and took third when Slade Renfrow reached first on a third-strike wild pitch. Collins delivered what would prove to be the winning run with a sacrifice fly to center. 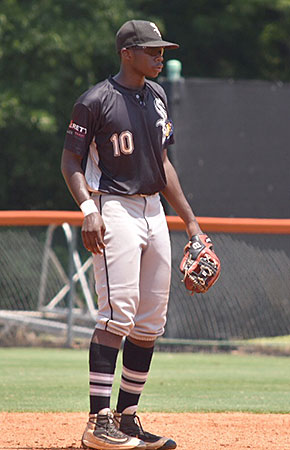 The Pirates were retired in order in the top of the fifth and, in the home half, the Sox were unable to take advantage of a lead-off walk to Lawson Speer, who stole second but was stranded.

Jake Snider led off the top of the sixth for the Pirates but a line drive to shortstop Noah Davis and a throw to Will Hathcote at first, doubled him off. A pop to Collins at second ended the inning.

Riggs waked to start the bottom of the sixth but when Gage Stark’s fly to right was flagged down, a throw to first doubled him up. Renfrow flew to center, setting up the dramatic finish.