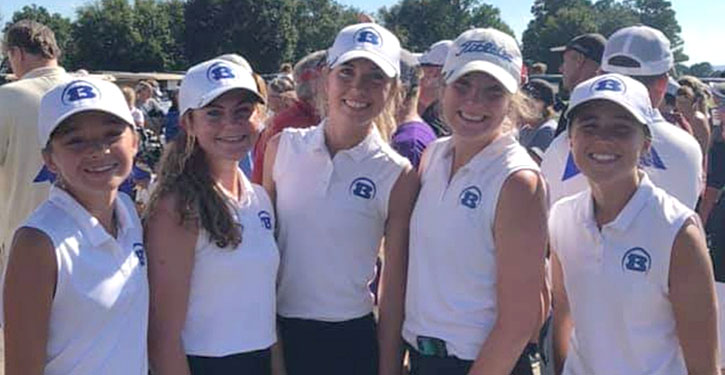 FAYETTEVILLE — Bryant sophomore Caitlin LaCerra followed up her first-day round of 87 with an 84 on the second day of the Class 6A State girls golf tournament at Fayetteville Country Club, earning a sixth-place finish overall at 171. With that, LaCerra earned all-State honors as she led the Lady Hornets to a seventh-place finish.

“We did improve on our scores,” noted Bryant coach Casey Mattox. “Our total was a 621.”