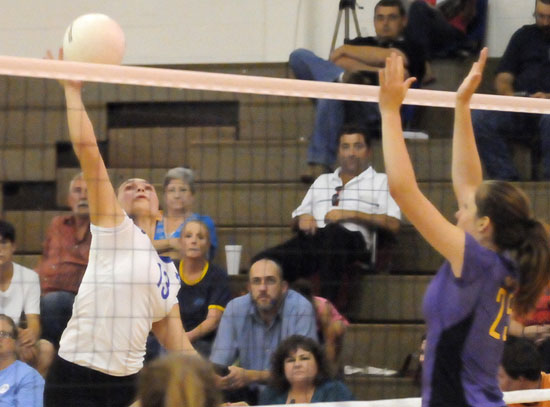 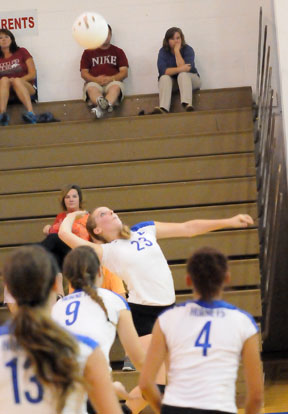 Mariah Aguilar served up four aces and Madison Greeno three to lead the way. Aguilar also had eight kills, an assist and three digs. Rylee Phillips contributed five kills, as did Dejai Kelley. Kendall Selig had three. Kaci Squires had three digs, a kill and a service ace. Savannah Shelton posted 19 assists and an ace while Skylar Harper finished with an ace, two kills and a dig.

“The girls fought hard to pull off a in. Mariah had a great night,” said Lady Hornets coach Beth Solomon. “Our back row really stepped it up tonight. Kaci and Madison had a fantastic night. They moved their feet very well and had the ball going to a perfect position almost every time. 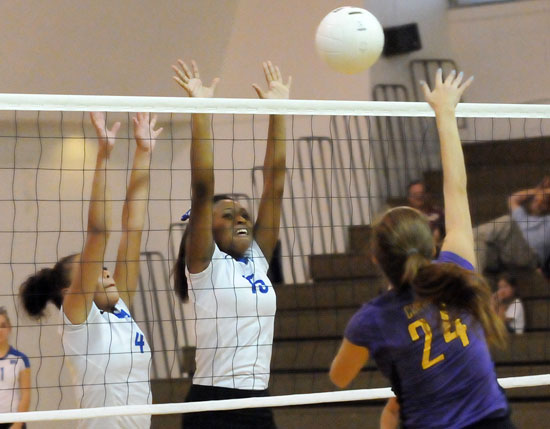