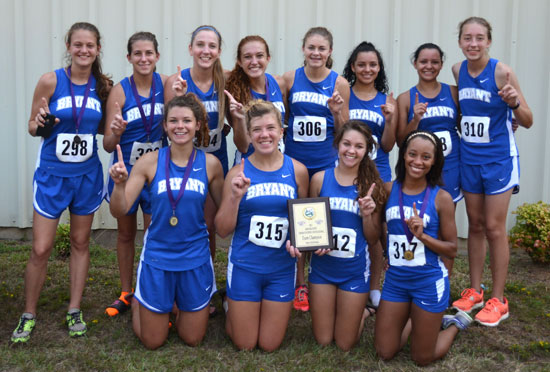 ARKADELPHIA — The Bryant Lady Hornet cross country team opened the season with a victory Saturday at Ouachita Baptist University’s Bob Gravett Invitational.  The Lady Hornets put all five of their scorers in the top 17 places to take the team championship with a score of 44 points. Lake Hamilton was runner-up with 66 points followed by Mount St. Mary (66), Little Rock Christian (81), Cabot (140) and Trinity Christian (176).  There were 15 total teams and 163 individual finishers in the race. 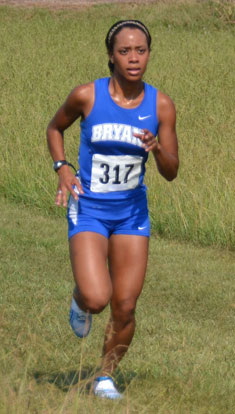 Tayln Billins was Bryant’s sixth runner placing 24th with a time of 22:21 followed by Reagan Smith who finished 38th in 23:36.

“I was really proud of how our girls competed,” said Lady Hornets coach Danny Westbrook. “Lake Hamilton was the Class 6A State champion last year and only lost one girl off that team. They really beat us bad here last year. I feel like we got a measure of revenge this year.

“I thought Melinda and Caitlyn ran really strong up front,” he added. “Sophomores Hannah Shelby and Hunter Delaney had outstanding races. Gabby Crabtree just showed tremendous courage by finishing strong even when she was not feeling well. She really sealed the victory for us.”

The Lady Hornets will host the Bryant Invitational at Bishop Park this Thursday, Sept. 12. 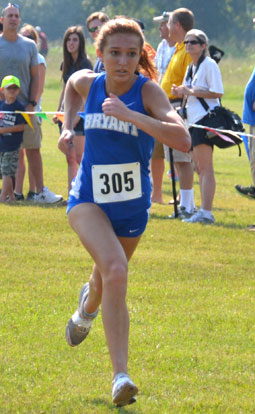 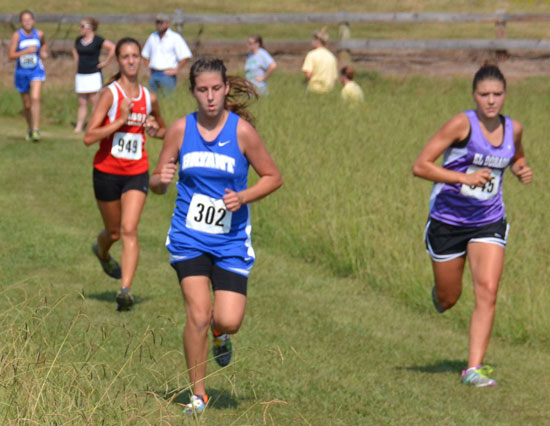 The Bryant Lady Hornets line-up at the starting line with the other teams at the OBU Invitational on Saturday.