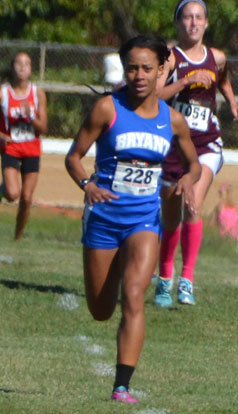 “Despite the substantial margin between us and Heritage, I thought we had some really strong performances,” said Lady Hornets coach Danny Westbrook. “Melinda just keeps getting faster each meet and her time at this meet put her as one of the all-time top two runners to ever compete here at Bryant.

“Heritage is a very good team,” he acknowledged. “They won the State last year and did not lose anyone to graduation.”

The two teams will hook up again on Tuesday, Oct. 29, at the 7A-West Conference championship meet at Rogers High School.

At Saturday’s race at Oaklawn Park, Murdock ran with the leaders from the start and used her strong kick to finish third overall. Her time of 19:17 tied the Bryant 5K school record that she now shares with former Lady Hornet standout Hannah Raney. Raney is currently a freshman competing for Southern Arkansas. 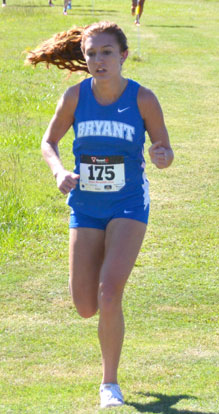 Junior Caitlyn Bell turned in her best performance of the year by taking 11th place with a time of 20:24. Freshman Sydney Wilson made her debut for the high school team in grand style by finishing 18th place in 20:50. Also receiving one of the top 30 medals was junior Talyn Billins (24th, 21:06).

“Caitlyn Bell had a great performance and Sydney Wilson moving up from junior high is going to help us tremendously,” Westbrook noted. “I also thought Talyn Billins really had a break-out performance today.”

The Lady Hornets won the team championship in the junior varsity race. Bryant scored 44 points followed by Mount St. Mary (65), Conway (82), Little Rock Christian (93), and DeQueen (94). There were seven teams and 90 individual runners in the race. 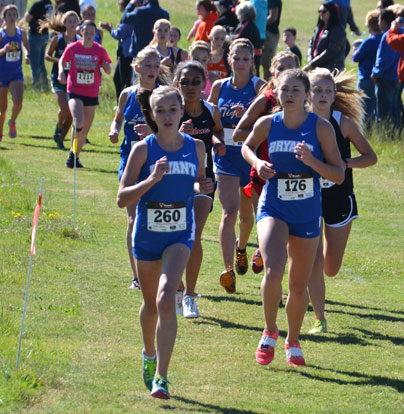 Running without the services of freshman Sydney Wilson who moved up to the high school this week the Junior Lady Hornets finished runner-up at the Lake Hamilton Invitational. Russellville won the title scoring 95 points followed by Bryant (123), Genoa (140), Little Rock Christian (176), and Cabot (163).  There were 22 teams and 300 individual runners in the race. 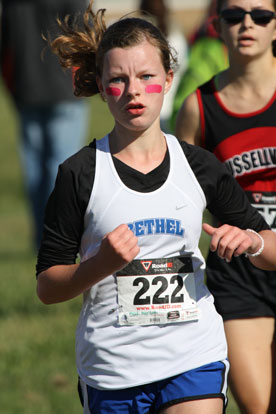 The Junior Lady Hornets will wrap up their season on Nov. 2 at the Walmart Junior High championship meet at Cabot. 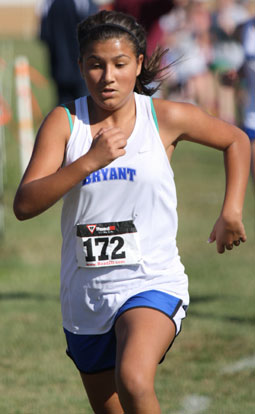 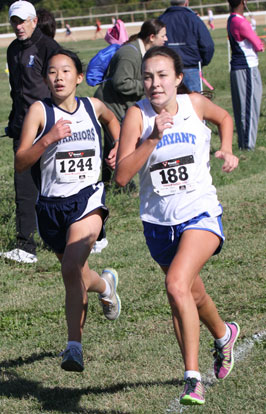