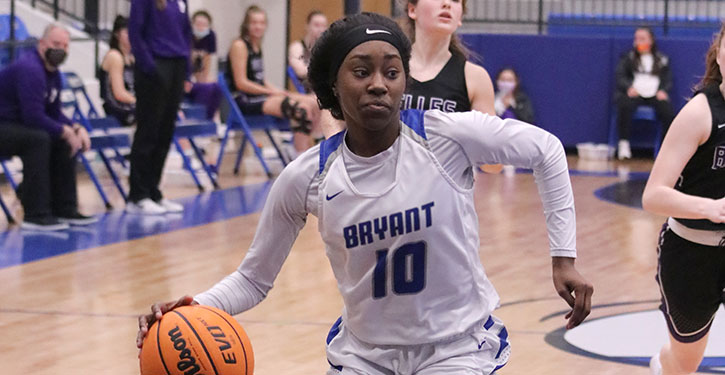 Because of games lost to Covid-19 and the winter storm event this week, the girls’ teams of the 6A-Central Conference will participate in a tournament next week to determine seeding for the 2021 Class 6A State Tournament in Fayetteville.

The boys’ teams, on the other hand, will just make up their missed games from the snowstorm since all of their regular season conference games up to that point had been played.

The way it works for Bryant turned out to be fortuitous. The boys’ make-up game against Little Rock Southwest at home was moved to Monday, Feb. 22. And, as part of the tournament, the Lady Hornets are set to host Southwest in the first round on Monday. The girls will play at 6 p.m., followed by the boys’ game at 7:15 or so.

If the Bryant girls win, they will advance to play at Conway on Tuesday, which, incidentally, is where the Hornets will be making up a game from this week.

If the Lady Hornets pull an upset on Tuesday, they would advance to Thursday at North Little Rock on Thursday. If they lose to Conway, they would play against the loser of a game on the other side of the bracket, which will likely be Cabot or Little Rock Central. If it’s Cabot, it will once again, be played before the Hornets’ make-up game there. Bryant was originally set to play at Cabot this Friday but, chances are, it will be postponed to next week (on Thursday) as well.

The boys’ seedings from State will be determined by their regular-season standings. The Hornets are currently third.

The Lady Hornets are seeded sixth for the conference tournament.

Here are the brackets:

Higher seeded team will be home