The two teams played two halves and Pine Bluff held a 15-14 lead at the half. It was tied at 30 at the end of regulation. 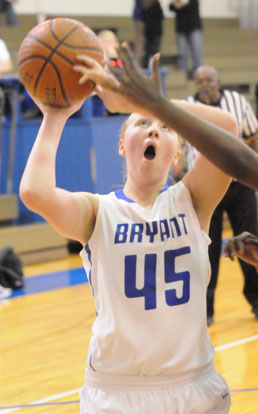 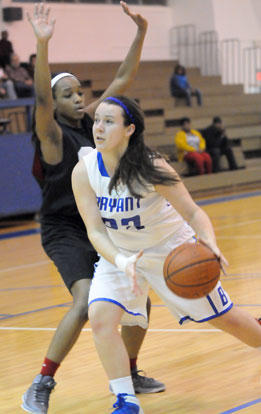 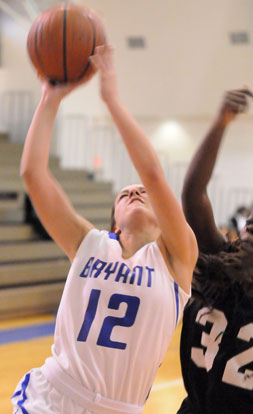 Maddie Baxter goes up for a layup. (Photo by Kevin Nagle)