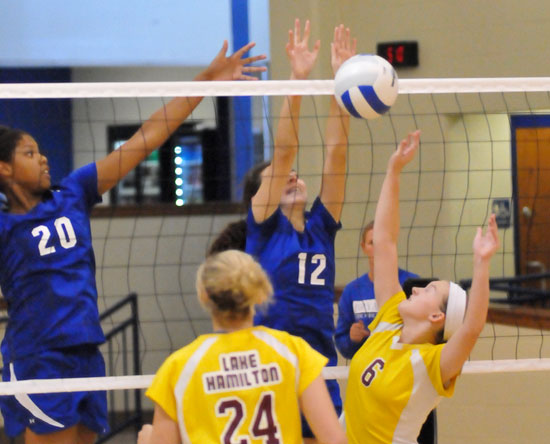 The Bryant White Lady Hornets eighth grade volleyball team of Bryant Middle School gamely rallied from a narrow defeat in the first game to win the second but, in the end, the Lake Hamilton Lady Wolves prevailed 2-1 in their match on Monday night. 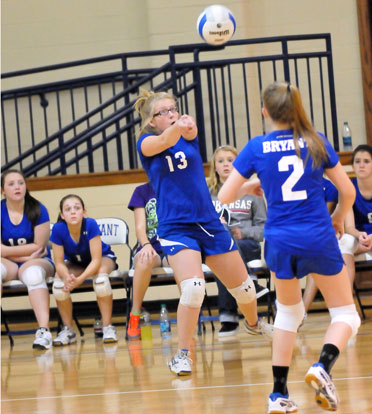 “We started the first set too slow,” mentioned Lady Hornets coach DeAnna Ward. “We can’t let the other team get five or six points ahead before we start to play.

“In the second set, we looked a lot better,” she added. “We do better when we serve first. Maddie Miller had a great second set. She served points 12 to 21 with three aces. She was 10 for 10 for the night and had five assists.

“Kyla Baker also served well in that set with points 1 to 6 with an ace,” the coach continued. “She was 8 for 8 with two assists. Overall, our whole team served fantastic (39 of 42).”

Raven Loveless, Jadn Nichols and Carlee Hutchins had two kills each. Erin Chappell added a kill and had a block.

The Lady Hornets are set to play at Bethel tonight against Bryant Blue.