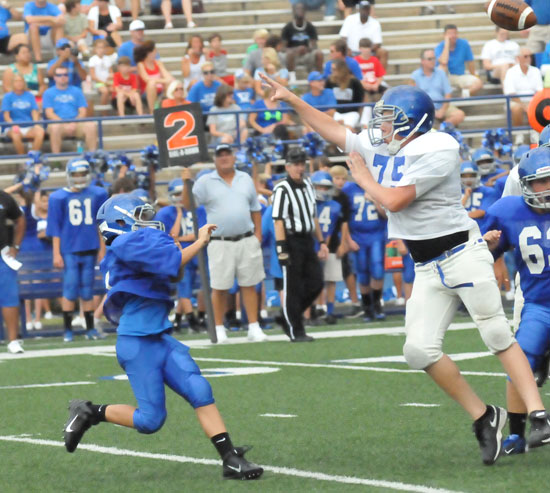 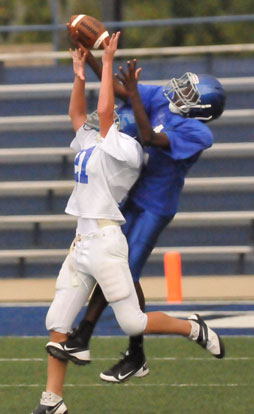 Thomas scored both Bryant Blue touchdowns with the difference-maker coming with 3:23 left to play. Thomas added a run for a two-point conversion to set the final score. Tyler O’Neal had run in the two-pointer on the initial touchdown.

Bryant White’s touchdown came on a scoop and score by Jesse Windemaker after a big hit on the Bryant Blue running back. Travis Bradberry provided another highlight for Bryant White with a long run from scrimmage.

“Bethel beat us, it’s that simple,” said Bryant White coach Brad Smothermon. “We played better in the second half than the first and showed improvement. We just need to fix things and get ready for Saturday’s jamboree.”

Both teams will participate in the jamboree on Saturday at Bryant Stadium.

“Offensively, Logan Chambers played well and so did Randy Thomas. We had too many offensive mistakes. We cannot put the ball on the ground.” 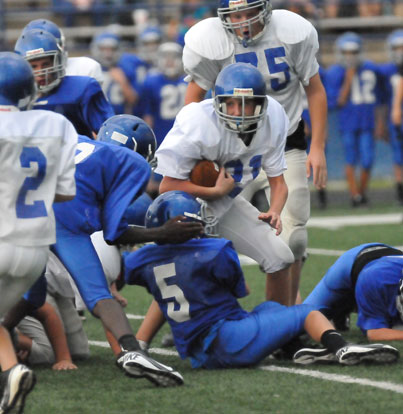 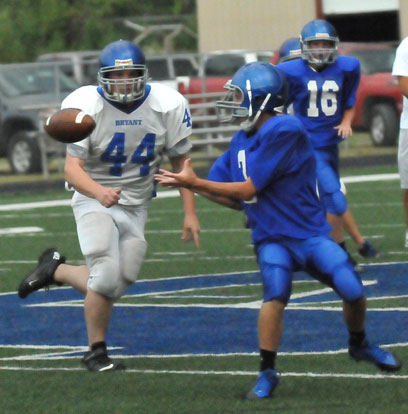 Bryant Blue receiver Tyler O’Neal (3) looks in a pass as Bryant White’s Travis Bradberry bears down on him. (Photo by Kevin Nagle)