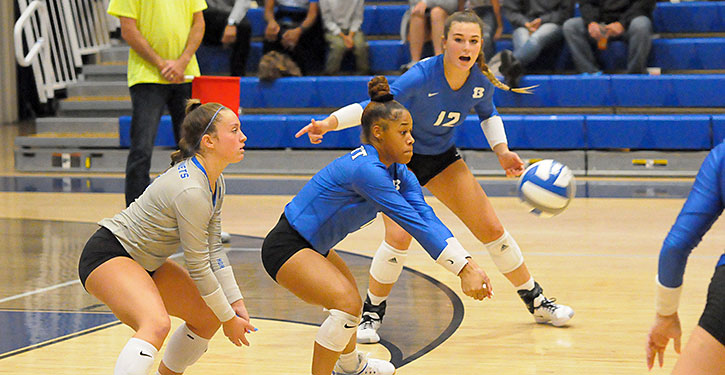 Though they played better than their last match at North Little Rock, the Bryant Lady Hornets were facing the 6A-Central Conference leading Conway Lady Cats on Thursday night.

“It might have been a step in the right direction, but not a big enough step,” said Lady Hornets head coach Leigh Ann Back. “We have to stop finding ways to lose and start finding ways to win. At the moment, we are not transferring what we practice to the game.”

Bryant had 22 kills as a team. Five of them by Ella Reynolds. Madelyn Hoskins, Camryn Martin and Sammie Jo Ferguson had four each. Kylee Fleharty and Lily Settle added two apiece.

The Lady Hornets were good on 89.6 percent of their serves but landed just one ace, by Shaylee Carver who also had 10 assists. Lily Studdard had 12.

Samantha Still came up with 20 digs. Jaiyah Jackson had 13 but no one else had more than five. Erin Key and Ferguson had solo blocks.

The Lady Hornets are scheduled to play in a tournament at Hot Springs Lakeside on Saturday then play a make-up match at Pulaski Academy on Monday before traveling to Fort Smith Northside to resume conference play on Tuesday, Sept. 29.