All of the senior high and junior high team members were divided in to three teams, with the Black team taking the victory with 709 points, followed by the White team with 841, and the Blue team with 872.[more]

"I'm pretty pleased with the results,” commented Hornets coach Steve Oury. “Luke and Jacob Clark had a great race up front, and overall we had some really nice performances.

“We need to reduce some time gaps at the senior high level, but that will come,” he added. “We are ahead of where we were this time last year.

“I thought Jesse Wolf had a great race, and there were several standouts at the junior high level,” Oury noted. “Besides Rodarte, we had eighth graders Bryan Riley, Chance Levinson, Nick Ballew, and Bryan Oldham all run great races."

The Hornets will be in action again on Sept. 15 at the Bryant Hornet Invitational at Mills Park.

Also, the senior Hornets and Lady Hornets added a date to the 2009 schedule. On Sept. 24, they will compete in a duel meet against Little Rock Catholic and Mount St. Mary's at Rebsemen golf course in Little Rock. The ninth grade boys will also compete against the Catholic junior high team. 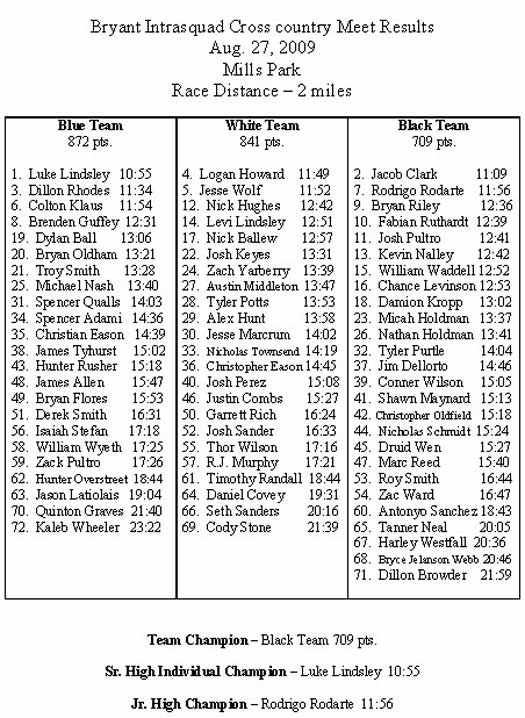