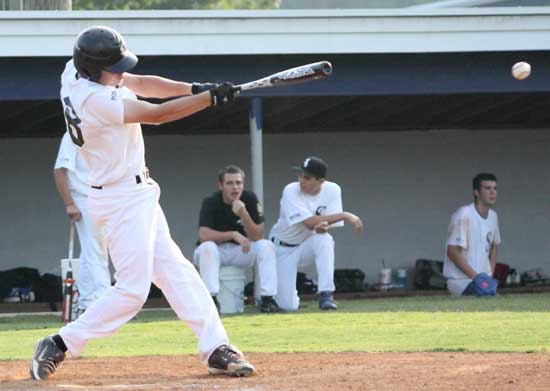 The first two batters for the Lake Hamilton Wolves Junior American Legion team smacked singles. Andrew Seymour’s was a blooper and Caleb Marsh’s was a pretty good shot up the middle.

But those turned out to be the only hits the Wolves would muster against the Bryant Black Sox duo of Matt Neal and Tyler Brown who combined to strike out 10 in the five-inning contest.Bryant won by run-rule, 8-0.[more] 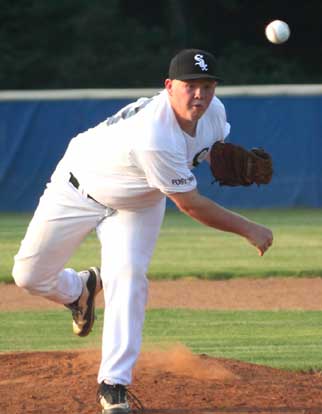 The Sox only had four hits but four walks, five hit batsmen and a trio of Lake Hamilton errors contributed to the scoring as they improved to 3-1-1 on the season. The Junior Sox will return to action on Monday at home against Cabot.

Neal retired seven in a row including six in a row on strikeouts after Marsh’s hit. He walked a couple but picked one of those baserunners off second then ended his stint on the mound with a foul pop to catcher Dylan Cross.

Brown then retired all six batters he faced including four of them on strikes.

Cross provided the first big blow for the offense. In the home first, Trent Rivers and Ozzie Hurt drew walks then Jordan Taylor was hit by a pitch. Moments later, Cross crushed a 1-1 delivery from Lake Hamilton starter Mark Rucker. The liner went to the fence in left-center and cleared the bases.

The frustrated Rucker then gave way to Briar Jackson for the Wolves.

When Tanner Tolbert followed with a fly into the gap, Cross held up initially and only made it to third while Tolbert, a track star at Bryant High School, cruised into second with a double. 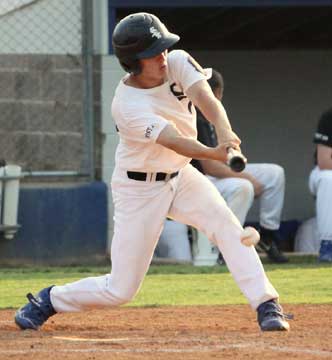 Brown was hit by a pitch to load the bases bringing up Caleb Milam, who was seeing his first action of the season after back issues sidelined him in the middle of the high school campaign. Milam hit a bouncer to third and the throw home forced out Cross. But, with the bags still juiced, Quinton Motto came through with a sacrifice fly to make it 4-0. And when the throw from center was wild, Brown scored too.

Bryant added a run without a hit in the second. Hurt was hit by a pitch, took second on an errant pickoff throw, third on a balk and scored on a passed ball to make it 6-0.

Jackson pitched around a walk to Brown and a single by Milam in the third. T.J. Wilson came in to pitch for Lake Hamilton in the fifth, however, and the Sox put themselves in position for the 8-after-five run-rule win.

With one out, Evan Jobe beat out an infield hit. With two down, Jacob Pultro and Brown were each hit by pitches loading the bags for Neal who rolled one up the third base line. Clay Jessie’s only play was at the plate but his throw was wild and Jobe and Pultro both scored to make it 8-0.

Brown then needed just eight pitches to finish off the victory in the top of the seventh.