Neighbors join in Night Out activities in Bryant 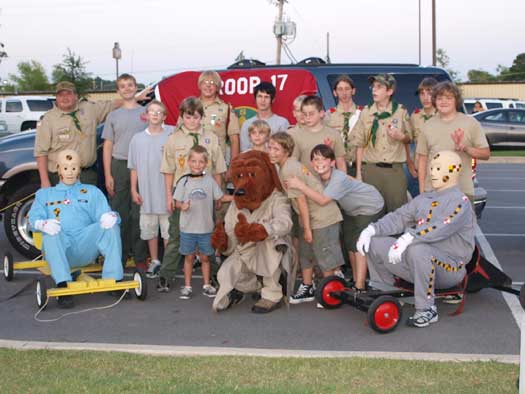 Police cars with flashing lights, fire trucks and crowds of people gathered in and around the Bryant Public Safety Building Tuesday evening, Aug. 4. The reason for the crowd was not a crime or scene of an accident, but rather a party of sorts, a party celebrating the relationship between the public servants of the fire and police departments and the citizens of Bryant. The groups came together for National Night Out to meet one another, eat hot dogs and cake, listen to music and build relationships.[more] 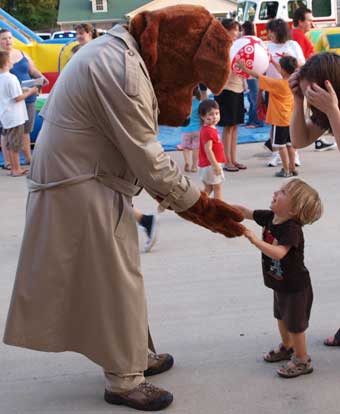 Bryant Police Department Sgt. Jenceson Payte, who helped organize the event, said, “National Night Out is a great time for citizens to get out and interact with each other. It is not an event to promote the police, but to promote the relationship between citizens and police. The driving force behind the success of anti-crime efforts is the relationship citizens have with each other. By being here, they are saying they are taking their neighborhoods back. Who knows better what is really happening in the neighborhoods than the citizens who live there? This is something we can do on our level to promote those relationships.”

Along with Sgt. Payte, many organizations contributed to the National Night Out event.

Target, the national corporate sponsor for all 26 years of the national event, provided volunteers for many of the activities, supplied condiments and paper goods for the hot dogs, and manned a booth where they handed out free beach balls.

The Friends in Christ Lutheran Church supplied hot dogs and buns and provided volunteers who cooked and served the food. They also brought in and served cake and ice cream that was donated by Kroger. The church’s youth group helped by providing sound system support and by facilitating games for kids. Door prizes were also provided by the church. 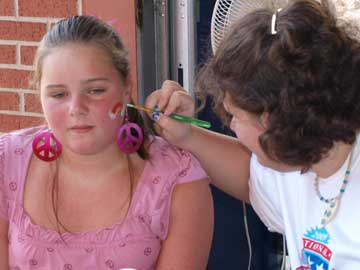 Danny Moore, a church member in charge of organizing Friends in Christ Lutheran’s part of the event and a former city council member, said they like to help with this event because it fits into their church’s mission of community outreach.

"We have close ties with the police and fire departments and help out whenever they need us to,” he said. “We are trying to grow this event. Sometimes it is hard to just meet your neighbor. This is an event where we can get people together and have a good time.”

Boy Scout Troup 17 was on hand to participate in the event and run a few activities including a “cubmobile” ride that allowed kids to don a helmet and ride down a ramp in a gravity-powered vehicle. 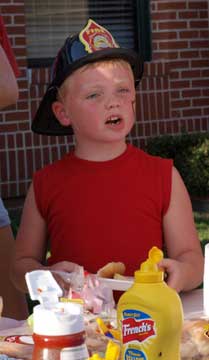 Chief Tony Coffman congratulated Sgt. Payte and all those from the Police and Fire Departments who gave their time to make the event successful.

“Anytime you can get people together like this these days, it is great,” he commented.

Other National Night Out activities included face painting and music provided by Jeff Black and Wayne Willems of Little Rock and Bauxite and by Phillip James and New Generation, a bluegrass band from Little Rock.

The Bryant Parks and Recreation Department contributed to the event by donating the use of city-owned inflatable bounce houses for children to jump in and slide down. Children also had the opportunity to meet McGruff the crime dog, the Crash Dummies, and the Bryant Police Department’s own patrol/detection dog, Drika.

Mayor Larry Mitchell said, “This is a great event for the city of Bryant and cities nationwide. It gets the community together and lets kids get to meet the police officers and firefighters. They can get to know them so they will feel more comfortable to ask them for help when they need it and talk to them. And they have fun.” 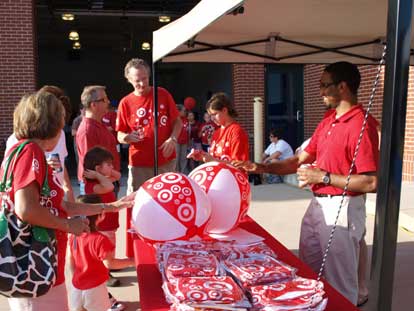