Playoff scenarios for Class 7A football

Here are the playoff scenarios going into the final week of the regular season:

CENTRAL – North Little Rock has clinched a 1 seed and a 1st round bye. Bryant and Conway meet Friday for the 2-3 seeds, with the 2 seed also having a 1st round bye. Cabot is locked in as the fourth seed.

FS Southside has clinched playoff spot and will either be the 5th or 6th seed. FS Northside, LR Catholic and LR Central all can earn a berth, but need to win and get help to get into the playoffs. On Friday, Southside will host Northside while Catholic hosts Central.

If Southside wins, the Mavs are the 5th seed while the Catholic-Central winner is the 6th seed. 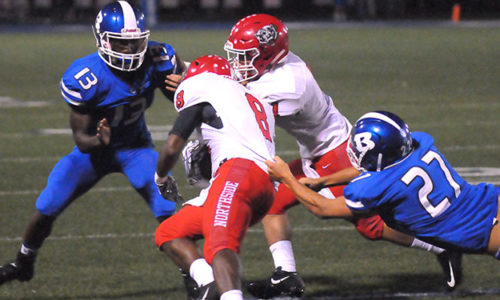