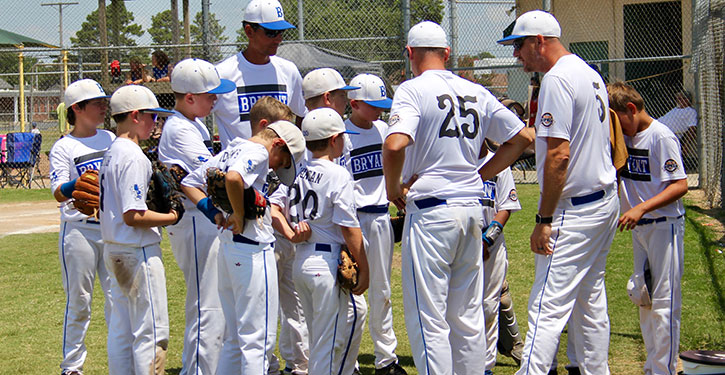 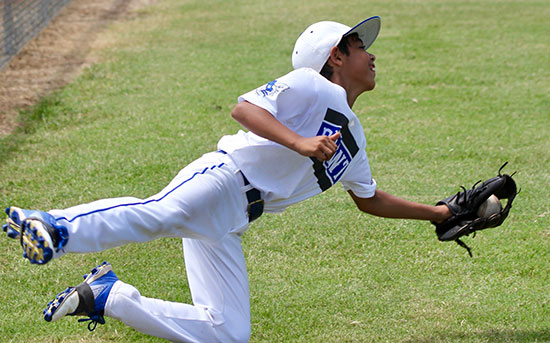 STUTTGART — Maybe it would’ve been better had the storms not knocked out the power and the final game could’ve been played on Tuesday as planned. After all, the Bryant 10-year-old All-Stars had the momentum. The Sylvan Hills All-Stars had scored early in the game then Bryant was making a comeback late and just came up short, ran out of time.

But, with the power outage, the game to determine the South Arkansas Cal Ripken State 10U champions was moved to Wednesday morning. 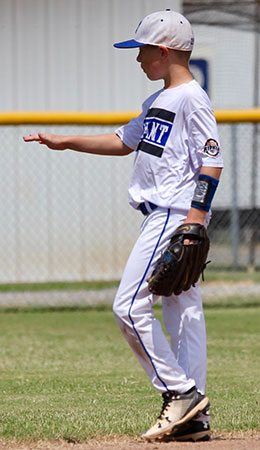 In a tight game throughout, Sylvan Hills broke a 2-2 tie with a pair of runs in the top of the fifth. Bryant rallied in the bottom of the sixth, loading the bases. But only one run would score and three were stranded as Sylvan Hills held on for a 4-3 win and the State championship.

Both teams will advance to Regionals, which will be played at Levelland, Texas, starting July 12.

Sylvan Hills took a 2-0 lead in the top of the second with the help of a pair of walks and a double that knocked in both runs.

Taylor, the Bryant starter on the mound, ended the threat with a strikeout and a foul pop to his catcher, Scoggins.

Chalmers reached on an error to open the bottom of the second but was stranded.

Taylor worked around a one-out walk in the third, striking out a pair. 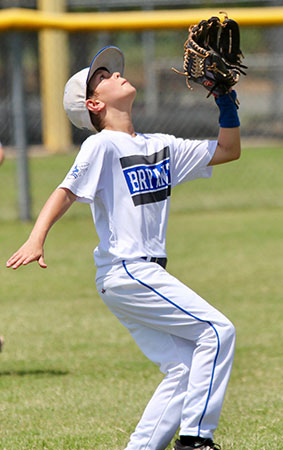 And Bryant rallied to tie it in the bottom of the inning. Dawson Martin beat out an infield hit and advanced to second on a passed ball. With one out, Daves drilled a single to center to drive in the run, taking second on the tardy throw to the plate. That enabled him to score on Taylor’s base hit.

Sylvan Hills threatened in the top of the fourth with a double, a walk and a single that loaded the bases. Taylor struck out the next two then gave way to Dawson Martin. Sylvan Hills tried to steal a run, but Scoggins got the loose ball back to Martin in time for the tag to end the inning.

Chalmers singled to start the bottom of the fourth, but Royal’s line drive was caught, and Chalmers was doubled off first. That proved to be frustrating because Andrews followed with a double. He was stranded.

And Sylvan Hills regained the lead in the top of the fifth with a walk, a double and a single. A fly to Andrews in left and a grounder to Colt Martin at third brought the inning to an end.

Two-out singles by Daves and Taylor gave Bryant a chance in the bottom of the fifth, but Sylvan Hills escaped. In turn, Sylvan Hills was unable to take advantage of a two-out single and a walk as Dawson Martin retired the side with a strikeout. 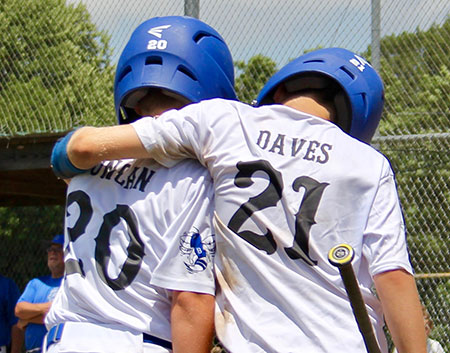 Scoggins singled to open the seventh. A walk to Chalmers fueled the comeback fire. Royal hit a grounder to third that resulted in a force out there. But when Andrews’ grounder to second was misplayed, the bags were packed.

Carter came through with a looping single to right that allowed Chalmers to score but, because the runners had to hold in case the ball was caught, Royal held at third.

The second out came on a pop to short then Duncan hit a grounder to short that resulted in a force at third to end the game.

15U Sox earn one more game, fall late in pitchers’ duel
Black Sox capture championship of The Hagen, going away