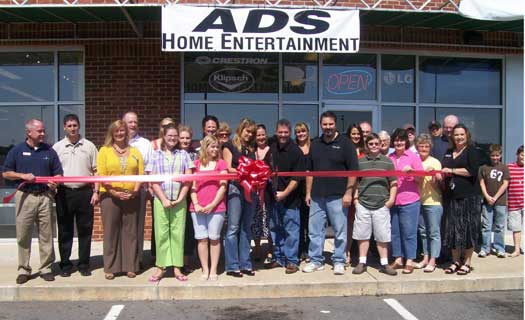 Members of the Bryant Chamber of Commerce helped celebrate the opening of the new location of Arkansas Digital Systems Home Entertainment, owned by Doug Hendricks and Tim Huddleston, at 3213 Man Street, Suite 2, in Bryant on Thursday, July 23.