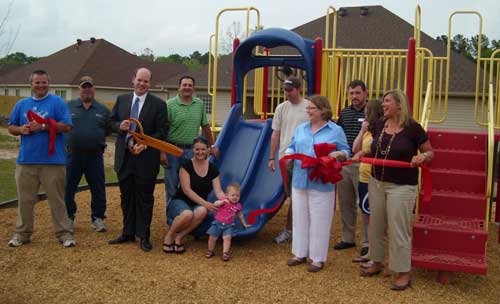 Developer Aaron Jones just snipped the ribbon and little Abby Whitt is ready to go play at the playground at Kings Crossing. Abby is daughter of Steve and Shelly Whitt residents of the subdivision.