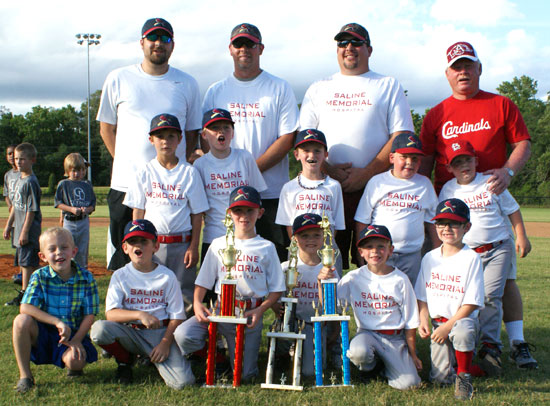 The Saline Memorial Cardinals finished off a 20-0 season with regular-season and post-season[more] tournament championships recently in the Bryant Athletic Association’s Instructional League.

The tournament wins were 13-3 over Arvest, 6-3 over Landers and, in a thriller of a championship game, 8-7 over Floors & More.

The regular season results began with a 7-5 win over Landers followed by a 12-6 victory over Everett Buick GMC and a 6-0 victory over Oltmans Development.