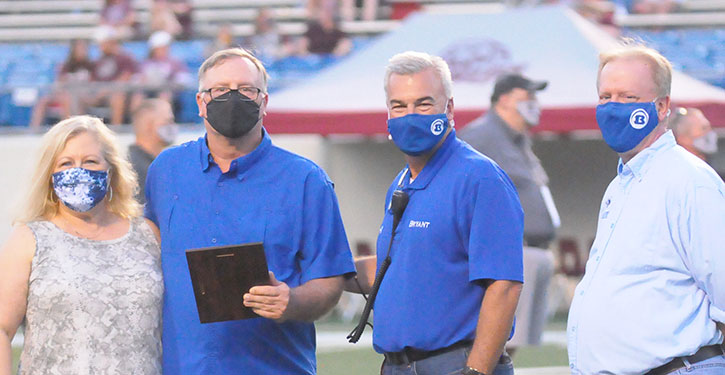 Bryant’s band, dance team and cheerleaders performed and fans were given a chance to kick a field goal for chicken by Chick-fil-A. And, as usual fundraising for the community was a big part of the event including donations to Goodwill and the Arkansas Food Bank.