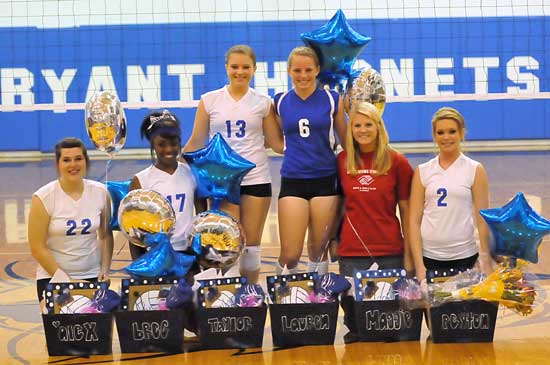 With seniors Alex Boone, Lauren Reed, Peyton Thacker, Taylor West and Brianna White getting the start in[more] their final home match, the Bryant Lady Hornets turned in their sixth consecutive win and their 10th overall, 25-14, 25-19, 26-24 over the Russellville Cyclones on Thursday night. 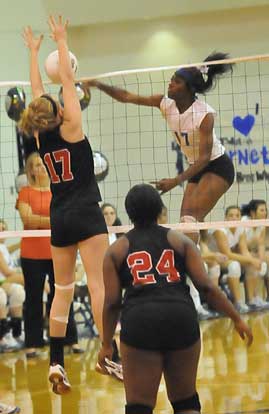 The win, which improves Bryant to 9-2 in the 7A/6A-Central Conference, sets up a showdown with first-place Conway on Tuesday. The Lady Hornets play in a tournament in Conway on Saturday.

“Tonight was a great win for the girls,” stated Bryant coach Beth Solomon. “Our last home game ended in a victory. I can’t remember when Bryant volleyball has gone 6-1 in conference home games.

“It was the first game this season that all of the seniors got to play on the court together,” she noted. “They came out and put on a great show for the fans by winning 25-14.”

For the match, Brooke Howell led eight players who had kills, with seven. White had five, Thacker and Hannah Rice four each. McKenzie Rice and Alyssa Anderson added three each.

Hannah Rice set for 17 assists while Reed led with 10 digs, 11 good passes in as many attempts and 10 digs in 12 opportunities.

Howell and West had 11 good serves each. Howell had two aces and Carley Choate added two as did Hannah Rice. Anderson was good on 10 of 11 serves.

“The girls are getting more and more confidant,” Solomon said. “We’re going to use this weekend to improve on our hitting and get ready for our four-game road stretch before the State Tournament week.”

Conway will host the State Tournament starting Oct. 25. If the Lady Hornets can hang on to second place or move into first, they’ll receive a first-round bye at State. They still have matches with fourth-place Van Buren (Thursday, Oct. 13) and third-place North Little Rock (Tuesday, Oct. 18) to play. 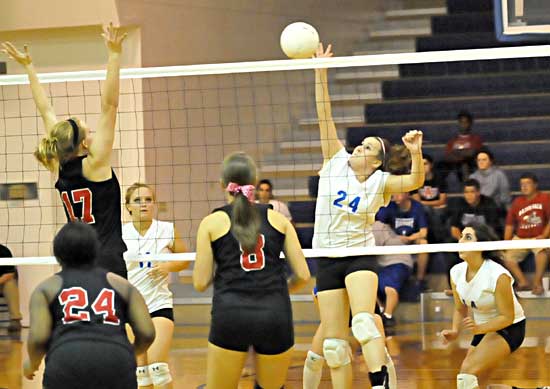 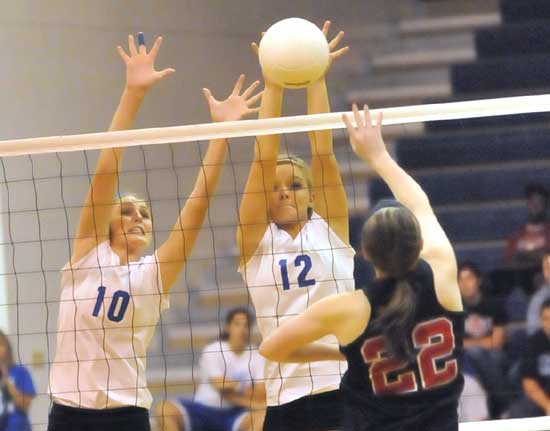 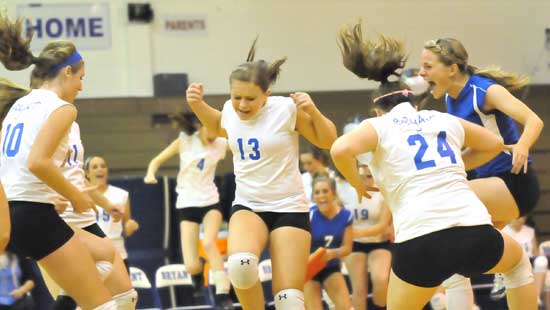