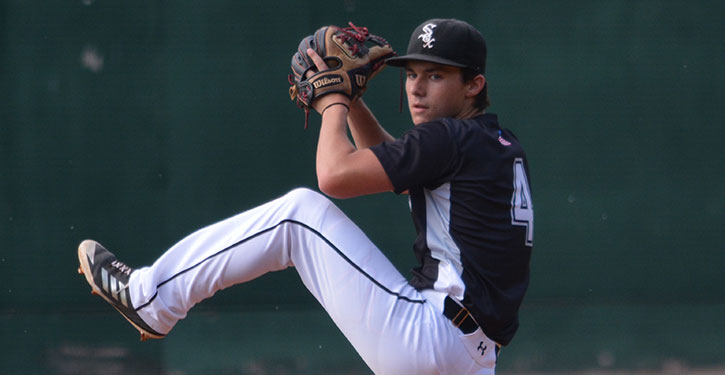 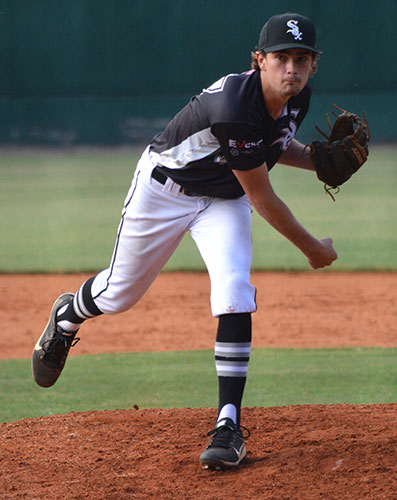 MEMPHIS — Put together 15 hits with nine walks and you can come up with 19 runs in five innings. And when trio of your pitchers gives up just four hits, that’s spells lopsided victory.

Cade Drennan and Logan Catton each had three hits while Logan Chambers and Logan Grant added two each to lead the Bryant offense. Jake Wright slugged a three-run homer.

On the mound, Myers Buck, Drennan and Catton combined to stymie Prime.

Bryant staked out a 5-0 lead over the first two innings then blew the game up with nine in the fourth. After Prime scored twice in the bottom of the fourth, Bryant completed the rout with a five-run fifth.

Chambers led off the game with a walk and sprinted to third on Drennan’s first hit, a single to center. Scott Schmidt executed a squeeze to plate Chambers. 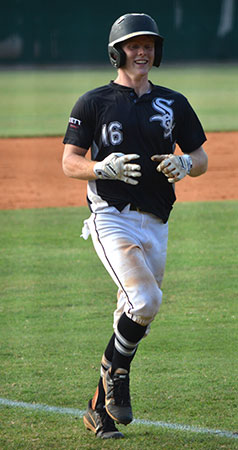 Buck surrendered a walk and a double to start the bottom of the inning but he picked off the runner at third. Matthew Sandidge tracked down a foul fly in left for the second out and when the runner at second tried to tag and get to third, he threw him out to end the inning.

A one-out walk to Grant and a double by Catton set up more Black Sox scoring. Coby Greiner’s squeeze bunt was misplayed and not only did Grant score but Greiner reached safely as Catton took third. Chambers then cleared the bases with a long double to center, taking third on a late throw to the plate, making it 4-0.

He scored on a two-out single by Drennan.

Buck fanned two as he set down the East Coast team in order in the home second. In the third, he retired the first two then hit a batter and Drennan was called on to relieve. He ended the inning with a strikeout.

In the top of the fourth, all nine Bryant runs scored after two were out. Drennan’s second hit got the inning started after two were out. Schmidt singled and, when the ball was misplayed, runners wound up at second and third for Brandon Hoover, who slapped a single to right to plate both.

Sandidge doubled and and Grant singled in Hoover to make it 8-0. Sandidge scored on Catton’s double and, after Greiner walked, Chambers singled to make it 10-0.
Catton scored on a passed ball and Wright unloaded on his three-run homer.

East Coast used a walk, a single and a two-out double to get their two runs in the top of the fourth. Bryant’s answer started with walks to Hoover and Sandidge. Grant’s single loaded the bases for Catton who lined a single to left to make it 15-2.

Greiner kept the carousel going with an RBI single. Chambers’ sacrifice fly made it 17-2.

Wright was plunked by a pitch and Konnor Clontz walked to force in a run. Greiner scored on Schmidt’s groundout to cap off the lopsided victory.

Catton pitfched a scoreless home fifth to end it.