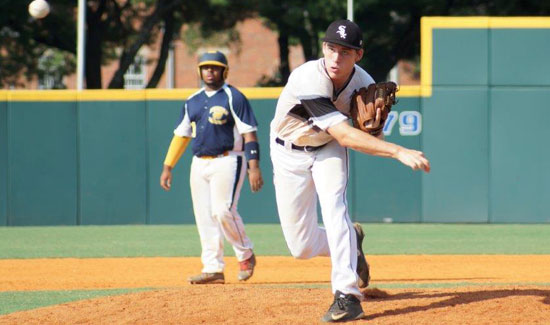 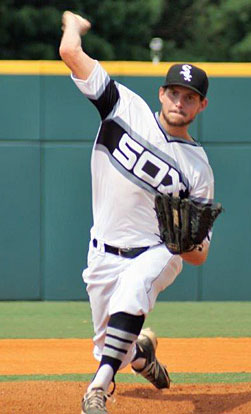 MEMPHIS — A nine-run first innings set the Bryant Black Sox Senior American Legion on the trail to a 16-8 victory over Renegades Baseball this afternoon that clinched the top seed to bracket play in the 18U division of the annual Keith Hagan Memorial All-American Classic. Bracket play will begin on Monday with the Sox playing at 7 p.m., at Gagliano Field.

The Sox finished pool play 3-1, tied with Team Colorado (Schmunk) with the best record but earning the top seed by virtue of their 6-3 win over the Parker, Colo., team on Friday.

The Renegades, who finished 0-4 in pool play, rallied to within 10-8 going into the bottom of the fourth but Bryant put together a five-run burst to take the mystery out of the outcome.

The Sox took advantage of eight walks, three hit batsmen and an error with 13 hits including a 3-for-4 performance by Aaron Orender. Seth Tucker, Jake East and Garrett Misenheimer had two hits each with Misenheimer driving in four runs.

Starting pitcher Hunter Oglesby worked a perfect top of the first with a pair of strikeouts. A walk to Logan Allen started Bryant’s first-inning eruption. Allen stole second and scored on a double by East.

The first walk went to Misenheimer. Dylan Hurt singled to right and the bases were loaded for Austin Kelly who walked to force in East. An error on a pickoff attempt allowed two runs to score, making it 4-0.

Orender’s double delivered Kelly and, with one out, Joey Cates and Matthew Sandidge drew free passes to fill the bases. Walks to Allen and East made it 7-0 then Misenheimer was hit by a delivery to force in yet another tally. 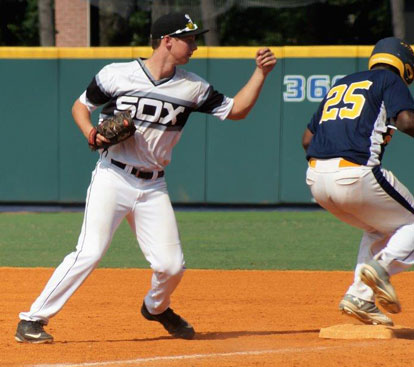 With two down, a pitching change was made but Kelly was plunked and Allen scored the ninth run of the inning.

The Renegades scored four times in the top of the third but Bryant countered with a run in the home third when Jeffrey Hastings singled, took second on a passed ball and scored on Misenheimer’s double.

Another four-inning uprising unfolded in the Renegades fourth as they closed to within 10-8. But the Sox’ fourth commenced with Orender beating out an infield hit. Seth Tucker got a bunt down for a hit and when third base was left uncovered, Orender motored over.

Tucker stole second then Cates singled in a run. Cates swiped second and Matthew Sandidge picked up an RBI with a grounder to second. Cates, who moved to third on the play, came home on a passed ball to make it 13-8. 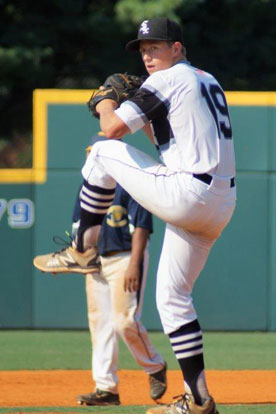 Allen was struck by a 3-2 pitch then East beat out an infield hit. A balk moved them to second and third with Misenheimer at the plate. He proceeded to drive both of them home with a solid single to center as the lead ballooned to 15-8.

Orender, the fourth Bryant pitcher, fanned two in a scoreless top of the fifth then led off the home half with a single. Tucker doubled him to third and, after Cates drew a walk, Allen made it an eight-after-five run-rule win with a sacrifice fly.

The Sox improved to 14-3-1 overall with the victory. 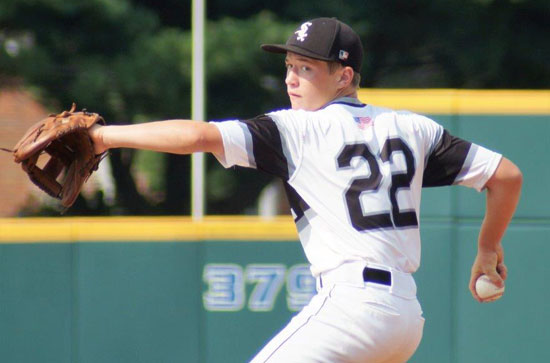