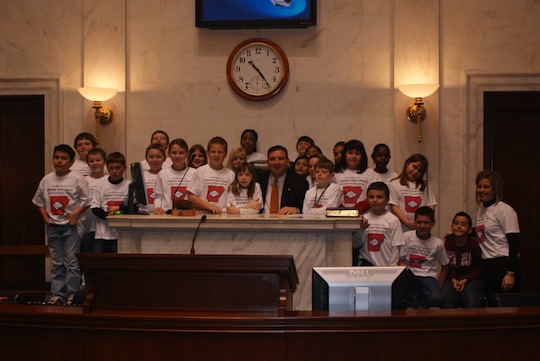 As promised, State Senator Shane Broadway welcomed the third grade class of Jami Branch at Bryant Elementary School to the State capitol on Tuesday, March 2. The class had been invited during the ceremonies inaugurating the school's Arkansas History Room which was attended by Governor Mike Beebe and several state and local dignitaries. The students met with the Governor again along with other local legislators.