Teachers of the Year, State champions recognized by school board 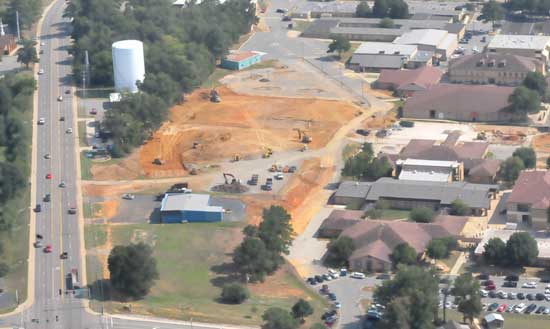 The Professional Development Center was a packed house Monday night when the monthly school board meeting was called to session.

The highlight of the meeting came when the board recognized the 2009-10 Bryant School District Teacher of the Year, Julie Boyd of Hurricane Lake Elementary School. Boyd will represent the district on the state level and compete for Teacher of the Year for Arkansas.[more]

Lady Hornets head coach Debbie Clark announced her players in numerical order and board member Rhonda Sanders presented them with commemorative watches for their success. The team completed the season with a record of 26-2.

Head baseball coach Kirk Bock then proceeded to announce his players in numerical order and he briefly discussed their “roller coaster” season. At one point in the season, according to Bock, the team led their conference in wins and then, after a seven-game losing streak, moved down to last in the conference. After a successful run at the end of the season, the Hornets completed their conference season by winning the conference championship and then proceeding to win the State championship.

Several of the team members were recognized last night as going on to play at the collegiate level.

The school facility report was presented to the board by Randy Rutherford, Superintendent. A lot of construction has been done over the summer to the different campuses of the district. Some of which includes completing the football field turf project and finishing electrical work for the temporary classrooms that have been set up due to construction. Work on the high school is still in progress as well with erosion control nearing completion and site excavation work in progress.

With all of the construction that has been taking place at the different campuses, some damage has been done to technology and internet access to some of the buildings. Mark McDougal, head of IT for the district, addressed a problem that has arisen due to an internet wire being cut that eliminated all internet access to the south end of the high school campus. According to McDougal, a temporary solution has been put in place, but it is not expected to sustain the internet connection for the building.

McDougal suggested installing a fiber ring, which is an underground communication system that would allow all of the buildings to run on the internet without interruption. Installing a system of this nature is a permanent fix and could be broken down into phases, starting with the south wing of the high school building, according to McDougal. Rutherford informed the board of the situation and asked if it would be okay to put the project out to bid. The board agreed to this and the results of the bidding will be discussed at the September board meeting.

After the fiber ring discussion was complete, Dr. Debbie Bruick, assistant superintendent, addressed the most recent Achievement data for the district. She displayed a slide show with graphs of the standardized testing such as Metropolitan 8 and the SAT 10, comparison of test scores with neighboring districts and benchmark data. The areas of math and literacy were addressed along with the free and reduced lunch program. Dr. Bruick stated that the number of children partaking in the program has risen over the past years and this, in turn, has affected how many schools the district has in the School Improvement program.

Tom Farmer, Athletic Director, was present at the meeting to discuss issues with the booster club and athletic fundraising. He addressed the board by giving them some history of the past booster clubs and he then informed them of some problems that have arisen at athletic events due to lack of staffing in the concession stands.

Coach Farmer met with all of the athletic coaches on Aug. 3 to discuss the issue and they came up with four possible options to remedy the problem that he presented to the board.

Option two includes hiring a concession stand manager and every sport would be responsible for staffing the stand during their season.

Option three consist of, again, hiring a concession stand manager, assigning the different sports to work the stand and, after all of the overhead has been taken care of at the end of the year, the remaining balance would be divided by the total number of athletes in the program and multiplied by the amount of athletes that each sport has. This would determine how much of the profit each team acquired.

The final option included hiring a concession stand manager and drawing out of a hat which team would work which event. At each event, whatever sport is working the stand would receive 40 percent of the money made.

The board did not make any decisions to make a new position for the concession stand manager but they did acknowledge that there is an issue to be resolved. Until further notice, the stands will be run by parent volunteers, as it has been done in the past. Booster clubs were addressed as well by Coach Farmer and the idea of a school booster club instead of individual sport booster clubs was discussed.

Farmer proceeded to explain the schedule for the Salt Bowl events that will begin Sept. 2 with a banquet for the teams at Bishop Park. On Sept. 3, a tailgate party will begin at 5 p.m., and kick-off will be at 7:30. A golf tournament will take place Sept. 6 and, on Sept. 10, the State Championship Recognition and Field Dedication will take place at the first game at Bryant Stadium.

Other meeting agenda items included the board approving the renewal of three copier leases from Arkansas Copier in Little Rock and the approval of adding a new LINKS teacher position and additional bus driver positions. Bond refunding as well as administrative reports were given as well. 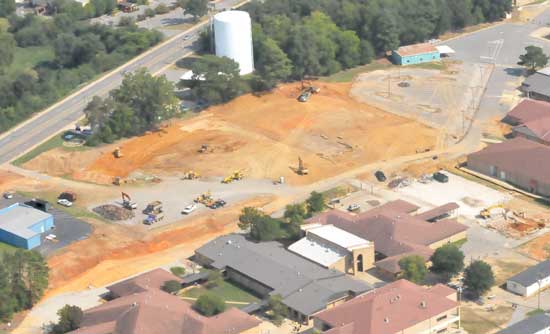