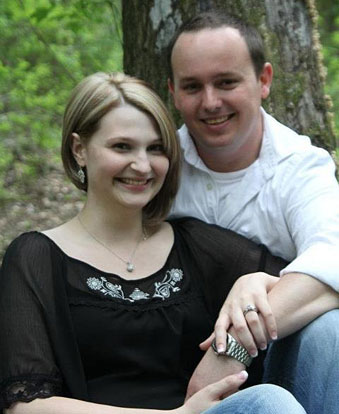 Crystal Diane Thomas, formerly of Woodlawn (Cleveland County), and Bruce Scott Brown of Bryant (formerly of Woodlawn) are pleased to announced their engagement and upcoming wedding on Aug. 18,2012, 6 p.m., at the Chateau Sante in Warren.

Crystal is the daughter of Sara and Wallace Breazeale of Redfield and April and Gene Thomas of Adam Center, N.Y. She is the granddaughter of Sharon Pevey of Woodlawn, the late Ronald Pevey, the late Joan and Gene Thomas, and the late Rosie and Alford Williams. Crystal is a graduate of Woodlawn High School and a 2012 graduate of Lee's School of Cosmetology in North Little Rock. She is employed as Salon Manager and Stylist at Mia Bella Salon and Spa in Bryant.

Scott is the son of Kay and Bruce Brown of the Pansy community (Cleveland County). He is[more] the grandson of Eva Mae Rauls of Pansy, the late J.E. Rauls, and the late L.T. & Mildred Brown. He graduated as Valedictorian from Woodlawn High School and has served as an infantry officer in the U.S. National Guard. Scott attended the University of Arkansas at Monticello and graduated in 2005 from Arkansas State University in Jonesboro with a Bachelor of Science degree in engineering and is currently employed as an Electrical Engineer II at Southwest Power Pool in west Little Rock.

The ceremony will be performed by Bro. Bobby Biggers of Russellville. Formal invitations have been sent.