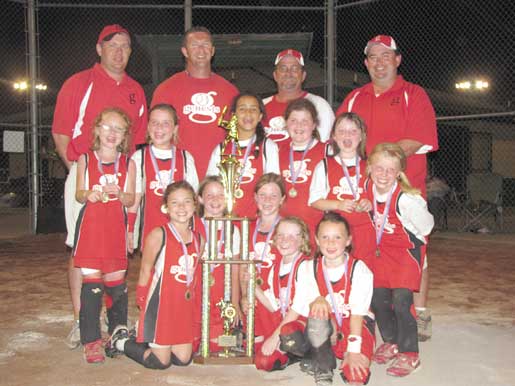 Team Genesis from Bryant Arkansas went undefeated to take first place in the Girl's Fast Pitch 8 & Under, C Division, 2009 Arkansas ASA National Invitational Tournament on Saturday, May 23.The tournament was sponsored by the Cabot Softball Association and was held in Cabot.

Special thanks has been extended to team sponsor, Ed's Tile Service of central Arkansas.