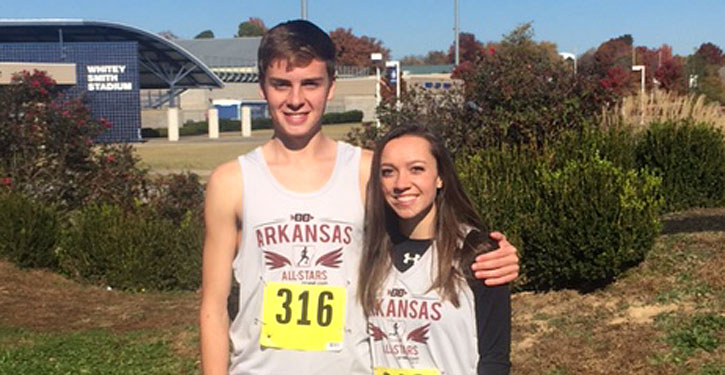 Wilson placed 29th in the girls division as the Arkansas team scored a 25-34 victory.

In the boys race, Carder placed seventh in a time of 16:24 as the Arkansas squad squeaked out an 87-89 victory.