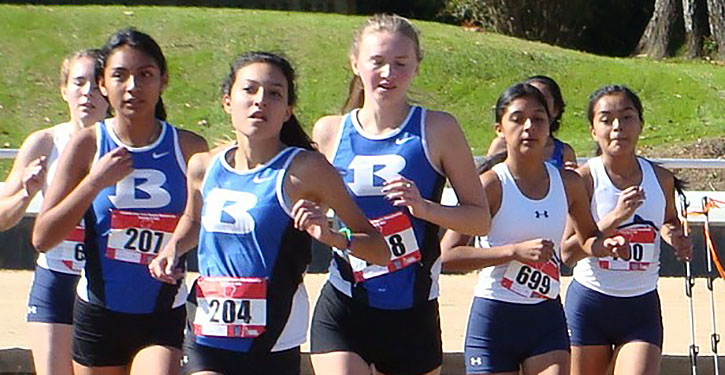 HOT SPRINGS — The Bryant Lady Hornets had finished runner-up in the 6A-Central Conference cross country meet and, on Saturday in the 6A State meet at Oaklawn Park, they were again the second Central team in the standings right behind Cabot.

Unfortunately, the 6A State meet included teams from the 6A-West and those team swept the top six spots, led by State champion Bentonville with 36 points to edge Fayetteville with 38.

Bryant finished with 254 points to place eighth in the 16-team field.

Only two runners finished in the top 10 that weren’t from Bentonville or Fayetteville. Both were from Rogers including individual medalist Ali Nachtigal.

The next three scoring runners for the Lady Hornets finished in a bunch. McKenzie Hicks was 54th with Jillian Colclasure 55th and Maddie Nelson 57th. Hicks ran a 22:34.5, Colclasure turned in a 22:38.3 and Nelson clocked in at 22:45.8.