The Arkansas Activities Association released the enrollment numbers for the 2016-2018 high school classification cycle today. With the split of Bentonville into two high schools, the largest school in the state is now Springdale High School with an average of 2,440.33 students over three years. Bryant is fifth with an average of 2,061.

The numbers are used to determine the classifications for each school over a two-year period with the 16 largest schools in Class 7A followed by the next 16 in Class 6A then going to the next 32 at each level below that.

The AAA Board determined that there will be no more split conferences as there has been in Class 7A and 6A in recent years. Currently, for instance, the Central Conference includes 7A schools, Bryant, Conway, Little Rock Catholic and Van Buren with 6A schools, Alma, Greenwood, Russellville and Siloam Springs.

That will remain the alignment during the 2015-16 school year then the change will be made.

The actual conferences were not part of today’s release but with the split of Bentonville (the new high school will be called Bentonville West), the 7A-West figures to include those two schools along with Springdale and Springdale Har-Ber (third largest school at 2,151), Fayetteville (sixth at 1,993), Rogers (ninth, 1,723.67) and Rogers Heritage (10th, 1,679.33) along with one other team.

The question will be which school among Fort Smith Southside (11th, 1,656.33), Fort Smith Northside (12th, 1,630.67) and Van Buren (15th, 1,403.33) will be the one to complete the eight-team West Conference and which other two will complete the eight-team Central. The two Fort Smith schools have traditionally been members of the West but they have also been kept together in the same league. (In the 2012-2014 cycle, both were moved to the Central.) Van Buren has bounced back and forth between the Central and West.

Chances are, Van Buren will be moved back to the West and the Fort Smith schools will be kept together in the Central.

The most notable change is the drop of West Memphis from Class 7A into Class 6A (in part because of the multiplier applied to the Catholic/MSM numbers). West Memphis is 17th with an average enrollment of 1,303.33. 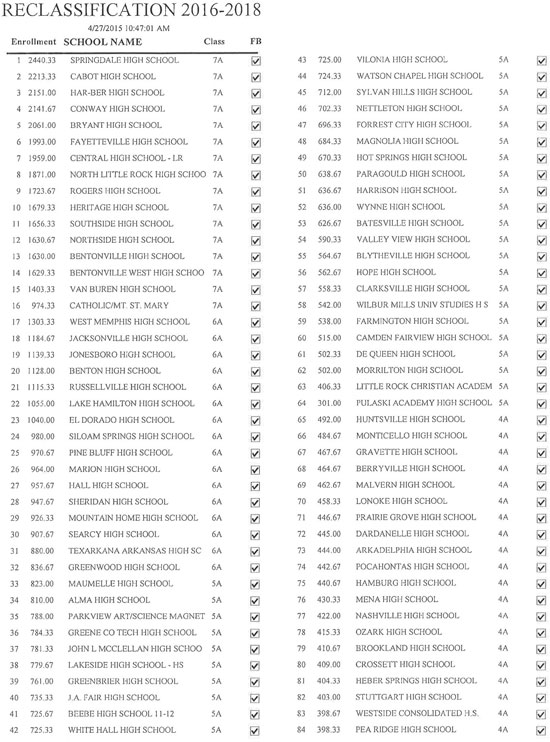 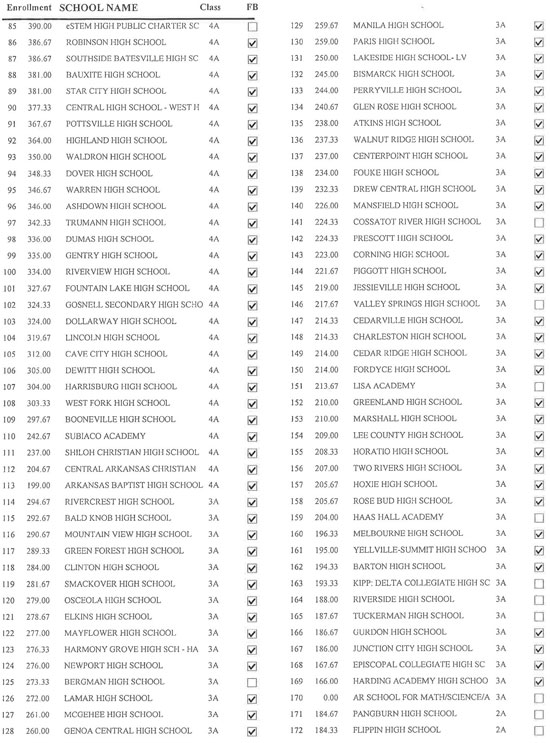 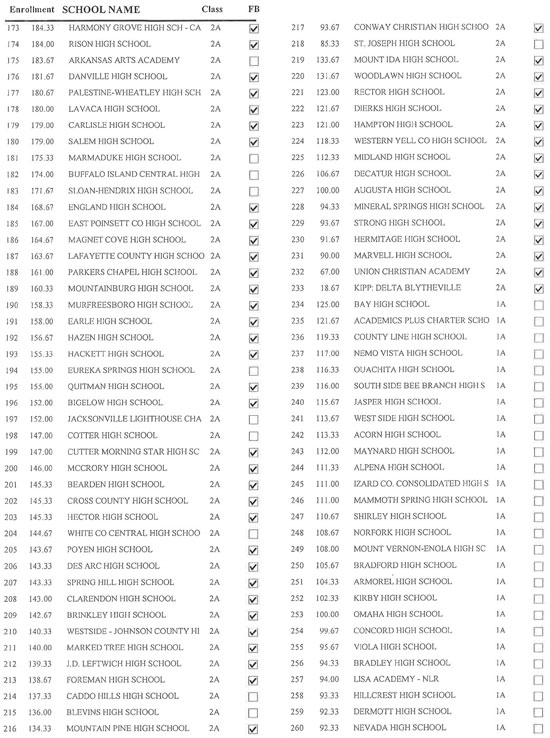 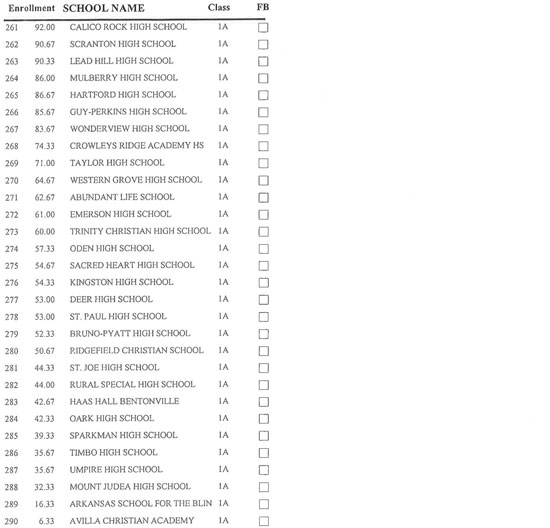