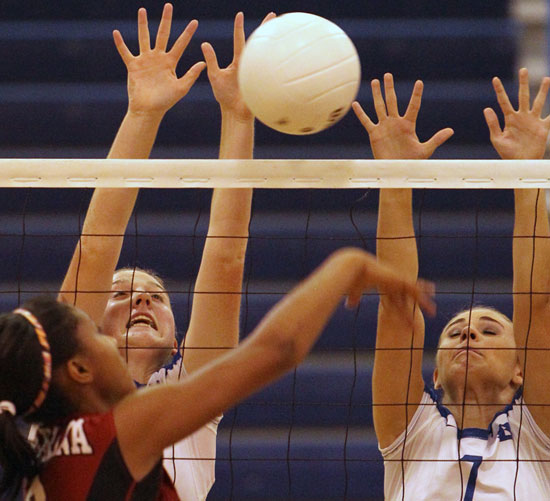 After an impressive showing in the first game of their South Conference match against the Texarkana Lady Razorbacks on Thursday night, the Bryant Lady Hornets struggled to close out a win. Texarkana eked out 25-23 wins in game two and game four with a 25-19 win in between to stun Bryant, 3-1. 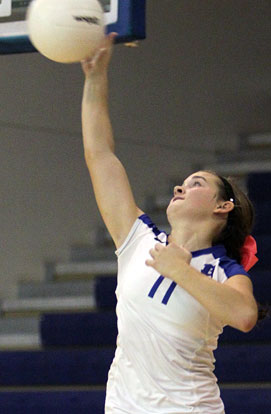 Meanwhile, the Lady Hornets junior varsity earned a 25-7, 25-21 win in the preliminary match.

“This was a hard loss for us,” stated Bryant coach Beth Solomon. “Our girls played very hard tonight and put up a good fight. Texarkana was very good this year. They had some great hitters and were very scrappy. I feel like almost every point was a hard-fought point.”

Bryant served well with just five errors in 91 attempts. Nikki Clay got in all 17 of her serves. Kendall Selig was good on all 12 and Allie Anderson on all 11. But Texarkana did a good job on serve-receive as Bryant servers could only knock down four aces, one each by Selig, Clay, Mercedes Dillard and Britney Sahlmann.

Anderson came through with 15 kills and two blocks in the match. Dillard and Sierra Jones finished with six kills each. Sahlmann had four blocks, four digs and 34 assists while Selig got in on two-and-a-half blocks and Shayla McKissock led the team with six digs. Whitney Brown had five.

“I’m proud of how the girls played,” Solomon said. “Above all else, I feel like we showed a lot of class despite several opportunities to lose our heads.”

“The girls had a great night,” Solomon said. “They played well and pulled out a good win.”

The Lady Hornets return to conference action at Lake Hamilton on Tuesday, Sept. 24, then host El Dorado on Thursday. 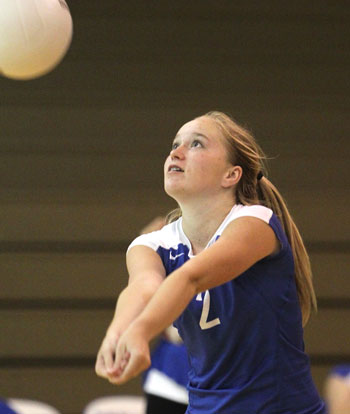 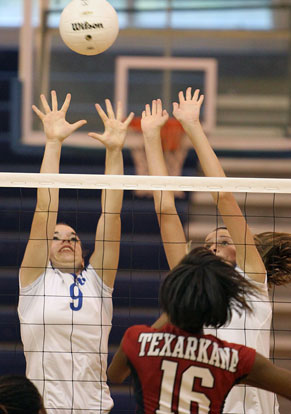 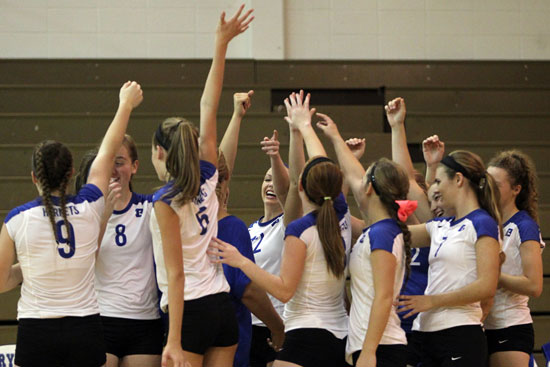