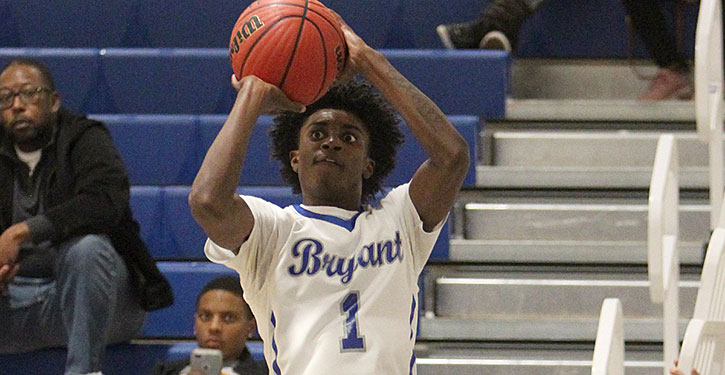 The annual Saline County Shootout, the only meeting of the year between the Bryant and Benton High School basketball teams, will be held tonight at Panthers Arena in Benton. The girls’ game will start at 6 p.m. The boys will follow at around 7:30.

Fans can register for a shootout contest at halftime of the boys’ game to win a new 2019 Buick Encore from Everett Buick GMC.

The Lady Hornets enter the game fresh off winning the championship of the 11th annual Petit Jean Classic at Morrilton. They are 6-1 and have won five games in a row.

The Hornets are 3-3 after a 65-61 loss to Greenbrier in the semifinals at the Morrilton tourney. Greenbrier went on to win the Classic title improving to 7-1 on the season.

The Lady Panthers are 4-2 with three wins in a row. The only common opponent is Morrilton, whom the Lady Hornets edged 48-46 in the semifinals of the tournament and Benton lost to 55-45 back on Nov. 8.

Bryant’s girls have defeated Lake Hamilton, Kirby, Jacksonville, Sylvan Hills and Russellville along with Morrilton. Their lone loss was 45-40 to Greenwood.

The Panthers are 3-2 and are coming off a 50-38 loss at Magnolia on Dec. 4. They have no common opponent with the Hornets. Benton’s other loss was to E-Stem. The Panthers’ victories are against Morrilton, Searcy and Jacksonville Lighthouse.

The Hornets defeated Jonesboro Westside, Nettleton and Malvern. Along with Greenbrier, they had suffered setbacks against Marion and Jonesboro.